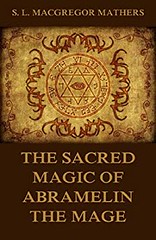 Amolon: A demon named in the Sacred Magic of Abramelin the Mage. Amolon is supposed to serve beneath the greater demon Beelzebub. Amolon’s name appears in close proximity to that of another demon, Lamolon, and the similarities between the two may suggest that they are not separate demons but two variant spellings of the same name.