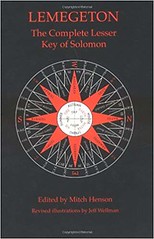 Asmadiel: An infernal duke in the hierarchy of the demon Macariel. As a demon of rank, Asmadiel commands four hundred minor spirits of his own.

According to the Ars Theurgia, he most often appears as a many-headed dragon, although he actually has command over the diversity of forms. Unlike many of the spirits named in the Ars Theurgia, Asmadiel is tied to no particular hour but may manifest at any time, day or night.

Source: The Dictionary of Demons: Names of the Damned by Michelle Belanger

Create your Own Demon to Empower Your Life !