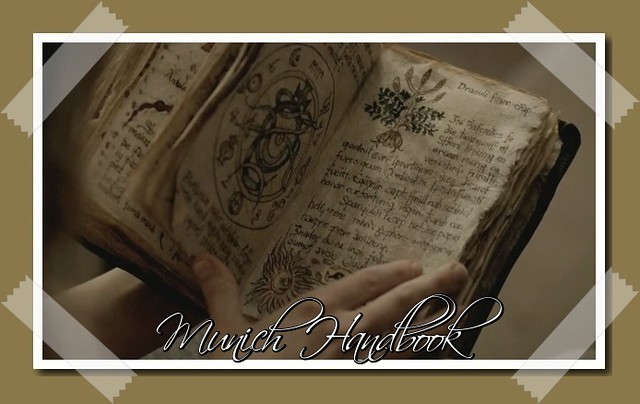 Munich Handbook: A fifteenth-century Latin manuscript kept at the Bavarian State Library in Munich, filed under the designation CML 849. Because the first folio of the manuscript has been lost over time, there is no way to know the name of the author or the original title (if any) of the book.

Its exact date of publication is also unknown. The book is a miscellany of magick with spells devoted mainly to illusion, divination, and compulsion.

The author makes no effort to hide the fact that many of these spells are enacted with the help of spirits specifically classed as demons. Several of the demons described within the text are variations on names traditionally included among the seventy-two demons of the Goetia. The Munich Handbook probably would have gone unremarked in the Munich library without the efforts of Professor Richard Kieckhefer, who published a full edition of the Latin text along with commentary and analysis in his 1997 book, Forbidden Rites.

Source : The Dictionary of Demons written by Michelle Belanger.