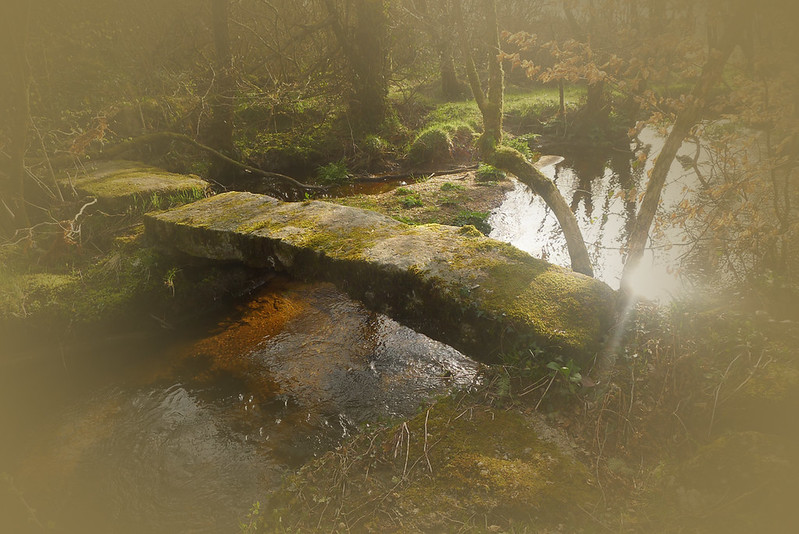 A motif in folklore and mythology that is a heavenly path by which the souls of the dead travel to their afterlife. The Milky Way is commonly called “The Road of the Gods” or “The Road of Souls” and has been regarded as a river of spirit light since ancient times.

The Milky Way also is seen as milk from a woman’s breast, or as sperm from a man, which tie into concepts of Reincarnation. In German and Russian folklore, the Milky Way is the path taken by the spectral Wild Hunt.

The rainbow is another common bridge-of-souls motif in mythology and folklore. The ancient Norsemen believed that Odin built a heavenly palace that could be reached by the rainbow, which they called Bifrost. Its red centre line symbolized fire, which would consume any unworthy souls who attempted to use the bridge.

On runic gravestones in Denmark and Sweden, there are inscriptions stating that people built bridges for the good souls of their loved ones. The rainbow also is recognized as a bridge to heaven among the natives of Hawaii and among many North American Native tribes, including the Iroquois in the northeastern United States, the Catawba in the southeastern United States and the Tlingit in British Columbia.

Among the Hopis of the southwestern United States, the rainbow is the means by which the Cloud People and Kachinas travel through the sky. In parts of modern Austria and Germany, folklore still holds that children’s souls are led up the rainbow to heaven.

In some parts of England, it is considered a sin to point at the rainbow. When one appears, children will make a cross on the ground with a couple of twigs or straws, “to cross out the bow.” Among many tribes of North and South America, Australia and West Africa, the rainbow is associated with a snake and is called the rainbow serpent, a creator god, culture hero and fertility god who reaches up from the earth into the sky.

Among Aborigines of northwestern Australia, the rainbow serpent is linked to rain, fertility and pools of water which are thought to contain the spirits of unborn children.

Rainbow Snake : In Australian mythology, name of the gigantic snake whose body arches across the sky as the rainbow. Known as Taipan among the…

ghost seers In folklore throughout the world, it is thought that persons born at a certain time of day, or on a particular day, possess…

Bifrost (Bilrost, Bif-raust) (rainbow or quivering roadway) In Norse mythology, rainbow bridge, made of fire, water, and air, that led from Asgard, home of the…

Anuenue is Hawaii’s Lady of the Rainbow and spirit of rain, sister of Kane, Ku, and Lono. She serves as the messenger of the spirits,…