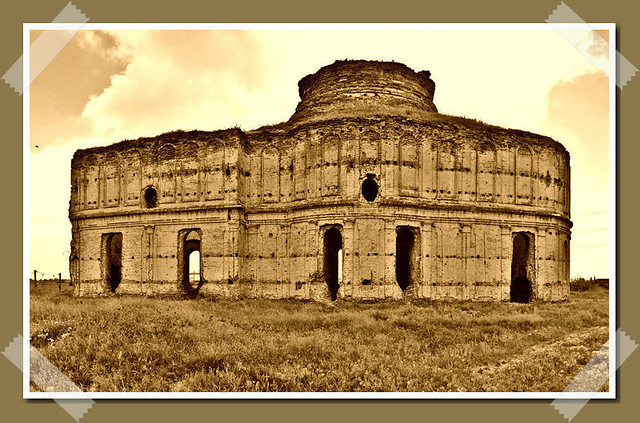 Chiajna Monastery – This ruined monastery has its root somewhere in the 18th century, during the rule of Alexandru Ipsilanti. It was a big monastery, with thick walls, reason for that the Turks “confused” it and assaulted it. Moreover, some historical sources show that between its walls died of plague the Metropolitan of Wallachia, Cozma. The land and the building have never got to be sanctified. For these reasons it was abandoned, and the monastery's bell was thrown in the Dâmbovița River, people blaming it cursed and leaving it in ruins.

According to locals, the bell can still be heard ringing on full moon nights, many audio records proving this fact. Moreover, it is said that on one of the walls near the entrance can be glimpsed the face of a beautiful lady, which is said to be Ancuța, the daughter of Mrs. Chiajna, who would have been killed on the orders of her mother after she ran with her beloved without her mother's approval. On top of that, in the area would have been several murders and numerous mysterious disappearances.

The manor house here is built on the site of a former monastery, and like others of similar history is said to be haunted by…

The house, which now looks degraded, is distinguished by the ivy that covers it entirely. It is the site of two tragic events: in the…

Kiyohime In Japanese legend, a woman who destroyed the monk Anchin when he refused her sexual advances. Kiyohime was the daughter of an innkeeper at…