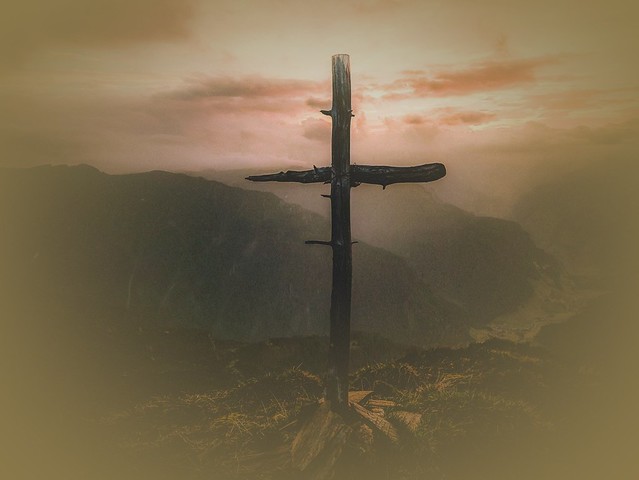 A cross is an ancient amulet, predating Christianity by many centuries. The cross is an important symbol in magical work.

The most common cross has four equilateral arms. The cross has been associated with sun deities and the heavens and in ancient times may have represented divine protection and prosperity. Also, it is the world-axis in the center of the universe, the bridge between the Earth and the cosmos, the physical and the spiritual. In magic, an equilateral-armed cross represents the four elements and the union of the physical with the spiritual.

In Christianity, the cross represents the suffering of Christ’s crucifixion, but it also functions as an amulet, protecting against the forces of evil. Even before the crucifixion of Christ, the cross was a weapon against the dark forces. According to legend, when Lucifer declared war upon God in an attempt to usurp his power, his army scattered God’s angels twice. God sent to his angels a Cross of Light on which were inscribed the names of the Trinity. Seeing this cross, Lucifer’s forces lost strength and were driven into hell.

As the church grew in power, so did the cross. Its power is invoked by making the sign of the cross on the upper body, using hand motions to connect the forehead, the heart, and the two shoulders. According to tradition, nothing unholy can stand up to the cross. It exorcizes Demons, prevents bewitchment, and banishes evil presences and creatures. Inquisitors wore crosses or made the sign of a cross when dealing with accused witches to ward off any evil spells the witches might cast against them.

In magical work, a white cross is placed on an altar.

The Rose Cross is a cross with a rose at its intersection. The rose represents the unfolding of the soul and the evolution of spiritual consciousness.

crosses One of the oldest amulets in the world, pre- dating Christianity by many centuries. In the common- est form of a cross, all four…

A Kabbalistic Cross is in the magical tradition of the Hermetic Order of the Golden Dawn, a Ritual that is performed at the beginning and…

Ritual of the Rose Cross A magical Ritual of protection to ward off Psychic Attack and interference from unwanted spirits and entities. The Ritual of…

Transataumancy is divination by interpreting something accidentally or unexpectedly seen or heard. Modern forms Way back in ancient Roman times, trifling mistakes were accepted as…