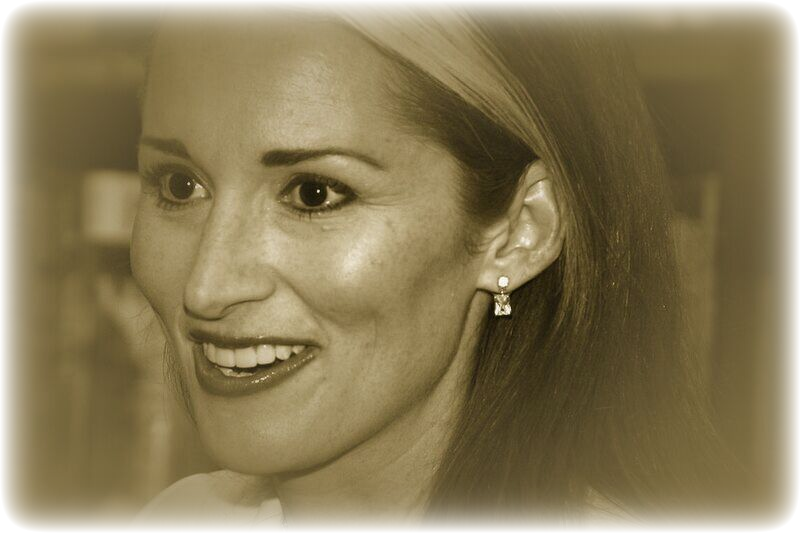 Allison DuBois (1972– ) is a Medium and profiler who is the inspiration for the NBC series Medium. Allison DuBois’s work includes individual and group sittings, assistance to law enforcement in missing person cases (which she provides pro bono), support of child security issues and programs, and consultation for jury selection. She is also a wife and the full-time mother of three girls.

DuBois was born in Phoenix, Arizona, on January 24, 1972. Her parents divorced soon after. She has an older brother, Michael. Her mother remarried but divorced Allison’s stepfather when she was 12, remarrying again right before Allison turned 16. Allison did not feel welcome at her mother’s new home and left, living alone or at friends’ houses and drinking heavily. She remained close to her father, who died in 2002.

Not long after graduating from Corona del Sol High School in 1990, Allison met Joe DuBois, an aerospace engineer, and they married and started a family. Joe said that when he met Allison she was bathed in light. He knew she had a finely honed intuition but did not learn until later she was psychic. She entered Arizona State University in Tempe, completing a bachelor of arts degree in political science, and worked as an intern for the district attorney in Phoenix to become a lawyer.

Allison had her first psychic experience at age six. Her great-grandfather Johnson, her mother’s grandfather, had died after a long battle with intestinal cancer. Allison accompanied her mother and brother to the funeral but did not understand what had happened. Later that night, Johnson appeared to Allison at the foot of her bed, smiling and looking well. He asked Allison to tell her mother that he was okay and still with them and in no more pain. Allison told her mother but could tell that her mother didn’t believe her. For years after that Allison tried to ignore any psychic communication as she received no encouragement or understanding of her gift. DuBois now works with young psychics to give them validation and the confidence to use their knowledge. All three of her daughters exhibit psychic capabilities.

Another important incident in Allison’s life occurred at age 12. While riding her bicycle home from a friend’s, she was accosted by two young men who tried to get her to go joyriding with them. A voice inside her said to ride off as fast as possible. Allison believes the voice belonged to an Angel or SPIRIT GUIDE, and that following the voice’s advice saved her life. She has worked actively with child security agencies and programs ever since and takes special interest in cases of missing children.

Her efforts helped establish the Amber Alert system in Arizona, which notifies law enforcement, the media, and the general public immediately when a child is abducted.

Through readings for friends and a widening circle of strangers, DuBois came to the attention of Dr. Gary E. Schwartz, director of the VERITAS Research Project in the Human Energy Systems Lab at the University of Arizona at Tucson. Dr. Schwartz tested DuBois off and on over four years, finding her amazingly accurate from 73–80 percent of the time. Sceptics have criticized Schwartz’s methods, but DuBois feels vindicated. Magician James Randi asked her to participate in his $1 million test, but she has declined.

DuBois says her first case as a criminal profiler was with the Texas Rangers in 2001 on a case involving a missing girl. DuBois was able to verify many of the clues in the case but was unsuccessful at finding the body. The Texas Rangers’s official position is that they, like most other law enforcement agencies, do not work with psychic profilers and will not confirm DuBois’s participation in the case. DuBois counters that using a psychic could cause ridicule and compromise the prosecution, so she and other profilers work from the fringes.

Her first book, Don’t Kiss Them Good-bye, was published in 2004 and was a New York Times bestseller. Her second, We Are Their Heaven, was released in May 2006. Don’t Kiss Them Good-bye inspired the hit television show Medium, written and created by Glenn Gordon Caron and produced by Paramount Pictures and Grammnet, the production company of Kelsey Grammer (of Frasier and Cheers fame). Prior to Medium, Caron was best known for the creation of Moonlighting with Cybill Shepherd and Bruce Willis. Patricia Arquette won an Emmy for her performance as DuBois.

Allison DuBois (1972– ) Thanks to a portrayal of her on an NBC television series, Medium Allison DuBois has become one of the most famous psychic detectives in America. Although she first began seeing spirits at the age of six, she says she discovered her ability to help solve crimes psychically while working as a college intern in the homicide division of the district attorney’s office in Phoenix, Arizona.

At that time, whenever she would look at a crime-scene photograph or touch evidence from a crime scene, she would have a psychic vision of the crime being committed or of some other event pertaining to the crime. She would also have visions that seemed to come from the mind of the victim or the perpetrator. In 2000 she began using her talents to help police find missing persons, and shortly thereafter she began working on criminal cases as well. Since then she has worked for numerous crime agencies across the country, and she has been involved in various research projects designed to test psychic abilities, particularly in regard to mediumship.

One such study, at the University of Arizona, seemed to validate that she has extrasensory perception. DuBois also conducts private readings for people seeking to contact their deceased loved ones, consults for the television program Medium, and works as a profiler on criminal investigations. In 2005 she published a book about her work as a medium, Don’t Kiss Them Goodbye.

In the Garden District of New Orleans, on a quiet side street off of St. Charles Avenue, lies the 1891 Castle Inn, a Gilded-Age mansion…

Noreen Renier is a psychic who helps law enforcement solve homicides and other cases. Noreen Renier uses Psychometry, the art of gleaning information about someone…

John Edward (1969– ) American Medium and television personality. John Edward began his psychic career in his 20s. As with all prominent mediums, sceptics have…