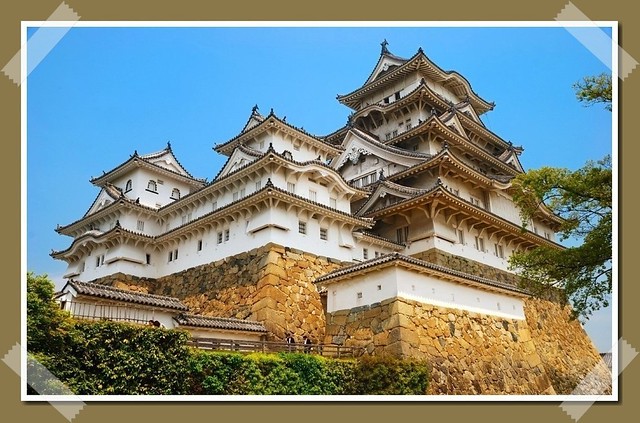 Himeji castle ( okiku's well) okikus is said to have been a young and beautiful maid who served under the samurai tessan aoyama, aoyama desires okiku but is rejected, so instead he hides 10 valuable plate then blackmails okiku claiming that she's a theif, only if she becomes his mistress will he allow her to be at peace, in despair okiku throw herself into the well and is said to be hear everynight crying and wailing as she counts from 1 to 9.