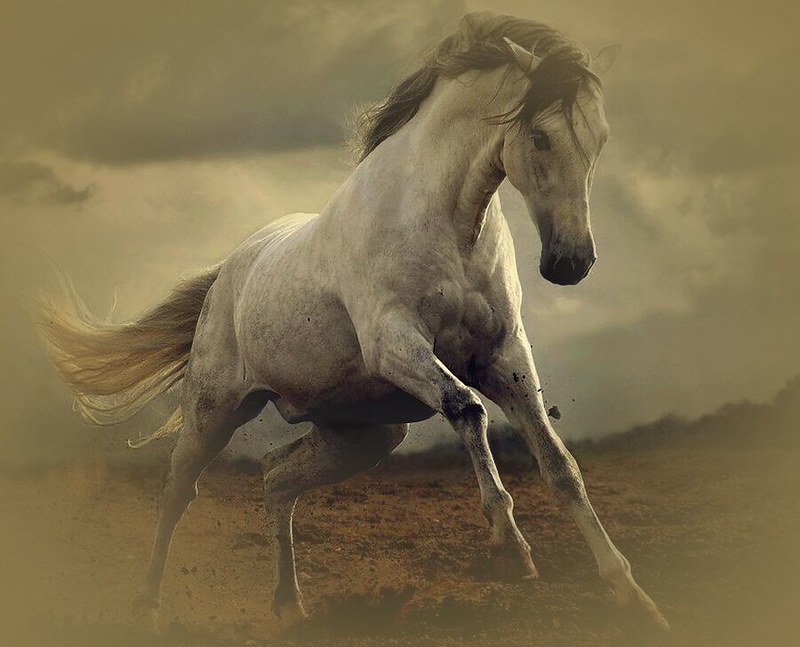 Derived from the Greek hippos ('horse') and manteia ('prophecy')

This type of divination has been used by many ancient cultures, to divine illness, love, sorcery and fate. In ancient times, the horse in considered as one of the most psychic of all animals that can see and communicate with the spirits of the dead.

The ancient Celts kept certain white horses in consecrated groves. These were made to walk immediately after the sacred car, and auguries were drawn from their movements. The ancient Germans kept similar steeds in their temples. If on leaving these on the outbreak of hostilities they crossed the threshold with the left foot first, the presage was regarded as an evil one, and the war was abandoned.

In Persia, after Darius and six other Persian nobles had slain the pseudo-Smerdis, they agreed that he should be king because his horse neighed first at sunrise, after they had mounted their steeds.

Prophetic conclusions are drawn by observing how the horse neighs or stamps its hooves, even their sweating. Priests noted whether the horse left the temple right hoof first (lucky) or left hoof first (unlucky.

An example of Alectryomancy: Russian peasant girls used chicken for divination. Theriomancy or Zoomancy is a form of divination that involves observation of the appearance…

A Horse is an important sacred animal associated with fertility, Magic, Clairvoyance, and OMENS. In Britain and throughout Europe, the eating of horse flesh was…

Idolomancy is a form of metal or stone divination using idols, images, or figures. The answers may come through dreams, by drawing lots, or anything…

Etymology Derived from the Greek xulon ('wood') and manteia ('prophecy') Methods Xylomancy is a form of divination that is practiced in Slavonia. The divination is…