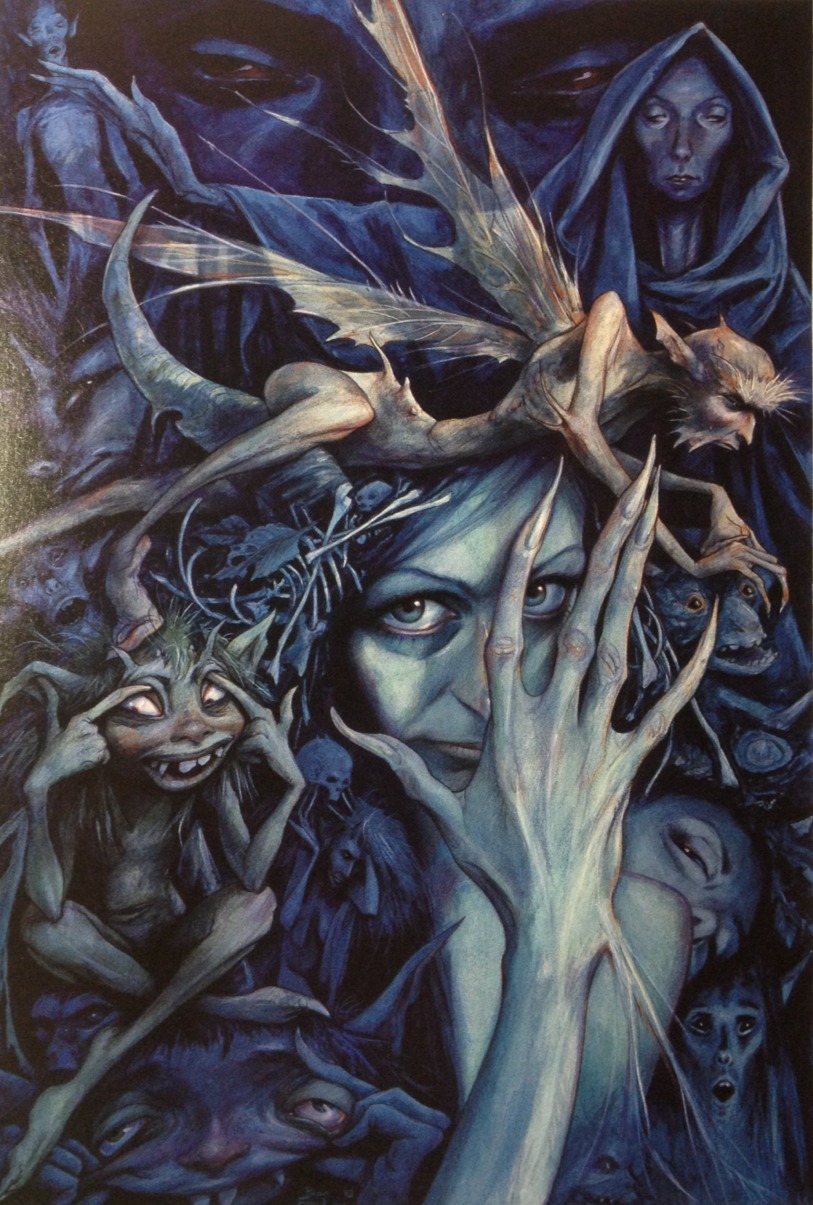 Nicnevin, Scottish witch goddess, can transform water into rocks and sea into dry land. Her name is believed to derive from the Gaelic Nic an Neamhain, “Daughter of Frenzy.” Nic nevin flies through the night. Although usually invisible, her presence is announced by the cacophony of geese. The Romans identified her with Diana.

Following Scotland’s official conversion to Christianity and brutal witch trials, Nicnevin, a former goddess, was reclassified as both a Fairy and a Demon. (Scotland suffered particularly virulent witch hunts, second in scope only to the German lands in terms of prosecutions and executions.) She is considered the Queen of the Fairies of Fife, Scotland and is among the spirits associated with the Wild Hunt.

Nicnevin manifests as a beautiful woman and a dried out hag. She wears a long gray mantle.

Samhain (Halloween) is Nicnevin’s sacred night when she grants wishes and answers petitions. She is traditionally honoured with celebratory feasts and toasting. On Samhain, Nicnevin makes herself visible as she flies through the air accompanied by a retinue of witches and honking geese. Rituals are also held in Nicnevin’s honour on November 1.

Herodias the witch-goddess leads the Wild Hunt. Popularly venerated during Europe’s witch-hunt era, Herodias the goddess may or may not derive from the historical Herodias,…

Romanian is a Romance language, closely related to Latin. After Roman authorities withdrew from what is now modern Romania, the Romanized people speaking that Romance…

Nemain ALSO KNOWN AS: Nemhain ORIGIN: Ireland The name Nemain means “frenzy.” She is the goddess of battle fury. Nemain is the least known of…

Arduinna ORIGIN: The Ardennes Arduinna is the goddess of the Ardennes, the once heavily forested region, primarily in Belgium and Luxembourg but also in France…