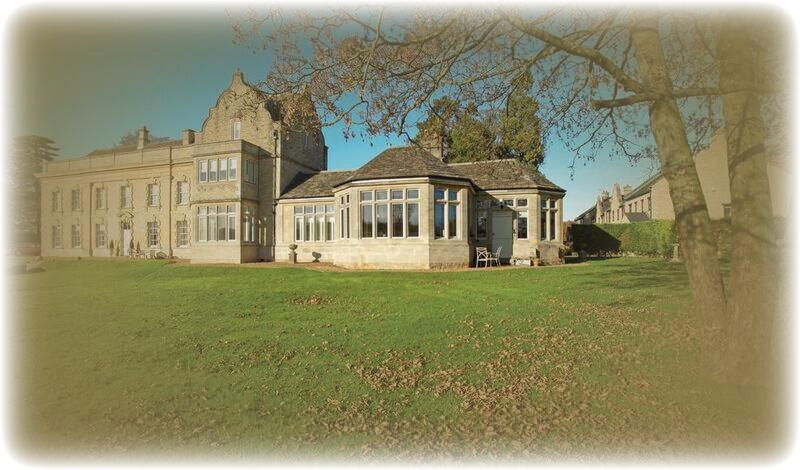 Stocken Hall, just north of Clipsham, is an early Georgian house with neo-Elizabethan additions, which later became an open prison farm. Hidden in its own woods, it is said to be haunted by several ghosts.

One was the spectre of a woman in black, with touches of white, who passed by with bowed head or vanished down a corridor as soon as she was seen. In the early 1900s, occupants of the house and their visitors sometimes encountered her, one visitor reporting that, taking her for a servant, she spoke to her, whereupon the figure disappeared. The ghost was thought to be that of a girl who was strangled in the attic.

At a quarter to three in the afternoon of one December day, three of the house’s occupants who were walking across the park towards Clipsham noticed their terrier pricking up his ears and showing signs of fright. When they looked to see what was wrong, they saw the figure of a man hanging from the bough of an old oak tree. He was clad in a brown smock, with something white over his face, and they could see the rails of the fence behind him quite clearly through his body. When they got to within about forty yards (37 m), he suddenly disappeared. He is rumoured to have been a sheep-stealer who was hanged in the park.

But the phantom most often in evidence was a little white pup, who was seen by many people over a period of about eighteenth months. They would frequently open doors for it, only to find that it had disappeared. Once, as the woman then living in the house and her daughter were ascending a narrow staircase, the little dog passed them: they felt it touching them as it squeezed between them but they saw nothing. They said that they experienced a sensation of ‘burning chill’ for hours afterwards where it had touched them. Otherwise, the little dog seems perfectly harmless: perhaps this was once his house.

According to a tradition of the mid nineteenth century, Lyme Park (near Disley) is said to be haunted by a phantom funeral which slowly approaches…

Gunton Park was in the nineteenth century said to be haunted by a White Lady. The eighteenth-century house was the home of Lord Suffield, of…

In the Newcastle Magazine of June 1872 appeared an account of a haunting experienced by Mrs Brook, a dressmaker then living at Oakland, not far…

Writing in 1922, J. S. Udal records that it was thought in the 1880s that Bagley House near Bridport had long been haunted by a…

The Dorset dialect poet William Barnes (1801–86) spent his youth in this village, and in later life told his grandchildren how he used to believe…