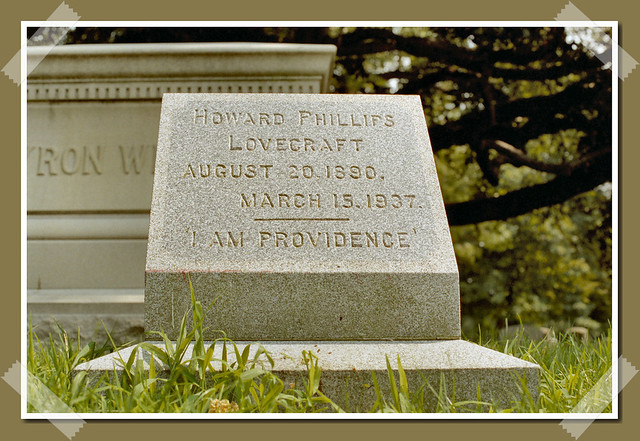 Swan Point Cemetery is the most famous cemetery in Providence, Rhode Island, where horror writer H. P. Lovecraft is buried. The cemetery, on Blackstone Boulevard, was founded in 1846 as a 40-acre site. It was modeled after Victorian cemeteries, in which burial grounds were designed more like parks, with benches and picnic grounds.

Lovecraft (1886–1937) is said to haunt the grounds. Fans of his stories attend an annual tribute around the time of his death—March 15—in hopes of experiencing his presence. Apparitions of Lovecraft himself have been reported. He is believed to always attend his tribute in some way and gives a sign. For example, one year a cackling that arose during the ceremony was taken as a sign of his presence. Another year, a short snowfall occurred.

The tribute is often held in early April in hopes of more favourable weather.