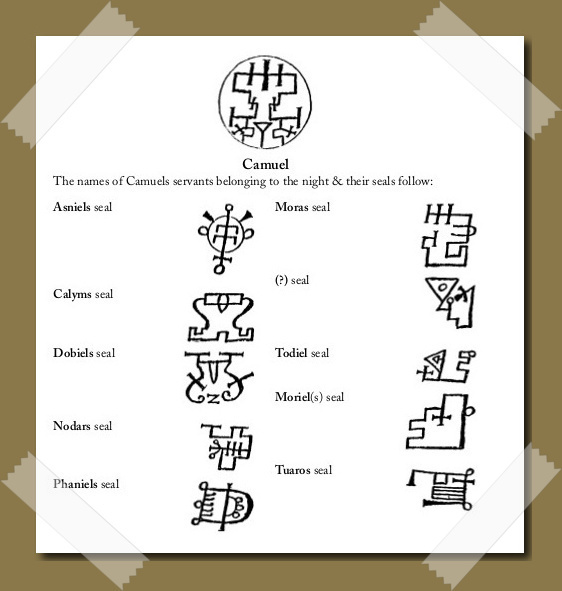 Camuel :Demon among the 31 Aerial Spirits of Solomon. The Demon Camuel is the third Spirit placed and ranked in order under the chief mighty great and potent King of the East.

He reigns, rules and governs as King in the South East part of the world and has many and several spirits under his government and command, which we shall only make mention of 10 that appertains and belongs to the day and 10 to the night.

Each of these have 10 servants to attend on them, except Camyel, Sitgara, Asimel, Calym, Dobiel and Meras, for they have 100 a piece to attend them, but Tediel, Moriel and Tugaros have none at all. They appear all in a very beautiful form, and very courteously, and in the night as well as in the day.

Back to Aerial Spirits of Solomon