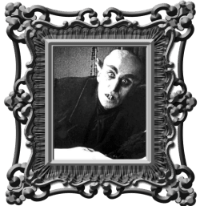 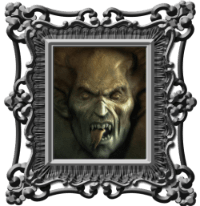 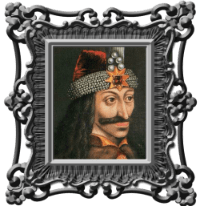 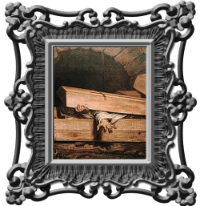 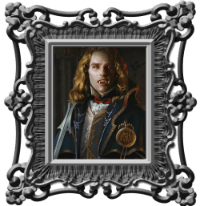 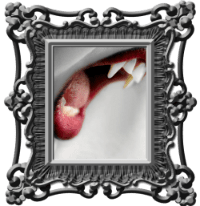 Vampires are monsters in legends and stories. The first vampire stories were told in Eastern Europe, but much of how modern people see vampires was created by Bram Stoker in the famous novel, Dracula. Few people believe that vampires are real, but they are still very popular in movies, television, and books.

Vampires were once people but have a supernatural curse. Some vampires must drink blood to survive. They do this by biting people or animals on the neck with their two long fangs. People who are killed by having their blood drank by vampires may also become vampires.

Others can live off the life energy of people. In many stories, vampires can change into other animals, usually bats, though also wolves, cats or rats.

Depending on the story, vampires may have some or all of these characteristics:

Dracula is the most famous vampire in fiction, and several movies have been made about him. There is also a popular series of books by Anne Rice about vampires. The television show Buffy the Vampire Slayer featured a young girl who fought vampires, but also befriended good ones. The series Twilight by Stephenie Meyer is also about “vampires”. The movie The Lost Boys was about a band of vampires in (then) modern California. Among many other stories, shows and movies about vampires.

In stories, garlic is often used for keeping vampires away. A branch of wild rose and hawthorn plant are said to hurt vampires, and in Europe, putting mustard seeds on the roof of a house was said to keep them away.Though this is not traditional, mirrors have been used to make vampires stay away (in some cultures, vampires do not have a reflection and sometimes do not have a shadow, perhaps as a way of showing that they do not have souls).Not all vampires in stories have this quality (the Greek vrykolakas/tympanios had both reflections and shadows), was used by Bram Stoker in Dracula.

Some neurologists believe that rabies might lie at the base of the myth.

The problem with this is that rabid people, especially in advanced stages of the disease, will live for about ten days, at best. This does not account for them getting out of ditches and graves over weeks or months.

Another explanation was given by other people. The disease might be porphyria, rather than rabies. Porphyria is a genetic condition that leads to differences when the body makes blood. Some parts of the blood can not be made in sufficient quantities.

Psychological disorders can contribute to vampiric behavior. As well as the fact that drinking blood has always been believed to give you the strength of the one you drink from. That belief stems all the way back to ancient civilizations.

There are people in the real world who like to dress and behave like a vampire. Some of them may also drink blood.

Finally, there is the vampire bat.

vampire The restless undead. There are many types of vampires in beliefs found all over the world. A vampire is either the living dead—a resurrected corpse—or the ghost of a corpse that leaves its grave at night and walks the world of the living to feed off of them to survive. Some vampires, particularly in Eastern, Middle Eastern and tribal mythologies, are Demons that attack at night, and are associated with night terrors. The term “vampire” came into English usage in 1732, handed down from German and French accounts of vampire superstitions discovered in Eastern Europe. The Slavic vampire cult contains many words for “vampire” with different shades of meaning that refer to werewolves, REVENANTS, Demons that eat the sun and moon, humans V s s s s who can shape-shift, certain kinds of witches, and monstrous sucking animals, as well as living corpses. In the Balkans, where a vampire cult flourished in the late Middle Ages, a vampire was suspected of infesting a graveyard when people reported seeing apparitions of the dead that pestered them and bit them, or sat on their chests and suffocated them at night. Such symptoms are similar to cases of biting poltergeists and to the Old Hag. Vampires also were blamed for plagues, invisible terrors that bothered people at night and wasting diseases that brought death. A search of graves was made, and if a body was found seemingly incorrupt with signs of fresh blood on it, it was decreed a vampire and was dispatched by being dismembered, burned or staked through the heart. Such measures are universally employed to keep ghosts of the dead from leaving their graves and wandering about. Contemporary researchers have suggested premature burial as a natural explanation for the incorrupt corpse. It is more likely that normal decomposition conditions perhaps medically unknown in earlier times explain the vampire corpse. For example, it is normal for corpses to shift; this might give the appearance of life and movement when a coffin was opened. A corpse that is staked may emit noises interpreted as “shrieks” simply from air in the lungs being forced past the glottis. The “fresh blood” probably is the corpse’s own blood, which often leaks from orifi ces. The shiny nailbeds that earlier peoples took to be fresh fi ngernail growth probably are the underbeds that are exposed when the outer fi ngernails slough off. Western fiction and film have popularized the vampire as an entirely different creature, a glamorous and seductive living dead person who bites people (usually on the neck) to drink their blood.