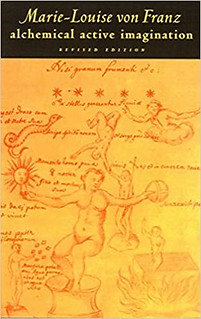 A leading Jungian psychologist reveals the relationship between alchemy and analytical psychology, delving into the visionary work of a sixteenth-century alchemist

Although alchemy is popularly regarded as the science that sought to transmute base physical matter, many of the medieval alchemists were more interested in developing a discipline that would lead to the psychological and spiritual transformation of the individual. C. G. Jung discovered in his study of alchemical texts a symbolic and imaginal language that expressed many of his own insights into psychological processes.

In this book, Marie-Louise von Franz examines a text by the sixteenth-century alchemist and physician Gerhard Dorn in order to show the relationship of alchemy to the concepts and techniques of analytical psychology. In particular, she shows that the alchemists practised a kind of meditation similar to Jung’s technique of active imagination, which enables one to dialogue with the unconscious archetypal elements in the psyche.

Originally delivered as a series of lectures at the C. G. Jung Institute in Zurich, the book opens therapeutic insights into the relations among spirit, soul, and body in the practice of active imagination.