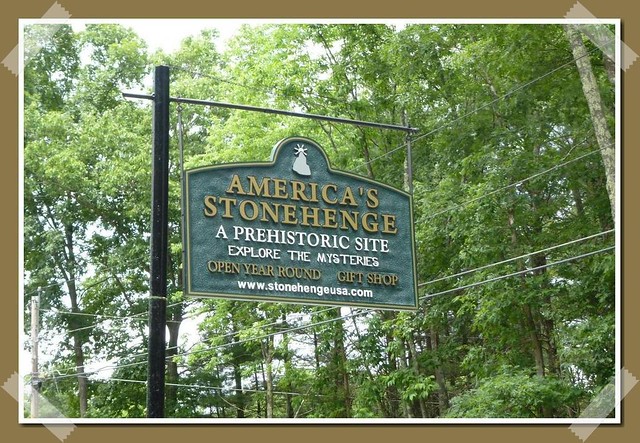 America’s Stonehenge has always been shrouded in mystery (hence the pseudonym Mystery Hill). Located deep in the woods of Salem, New Hampshire, this 4,000-year-old megalith site is a maze of stonewalls and trails punctuated with stone chambers. The main site contains a sacrificial altar, a working observatory, a burial chamber, and an oracle chamber, but little is known of who built the site or why it was abandoned.

The site is open to the public and selfguided tours are available. Although paranormal activity is not openly talked about, there are too many strange occurrences to ignore. People visiting the site have reported many unusual events (both physical and metaphysical). Some have felt as if they were being watched, while others have even seen what they describe as a pair of “red eyes” peering at them.

Neighbors have heard and seen strange sounds and lights in the woods surrounding the site. There is even a report that one of the employees there saw a stone turn into an old lady and walk across the parking lot. Stones taken from the site have been quickly returned by frightened visitors claiming that they have turned into 9-foot-tall Indians in their homes. These stories are reminiscent of the tales of ancient “shape shifters.”

Blue energy fields have been witnessed and even photographed by many visitors to this ancient site. Batteries drain and even hot coffee goes cold quickly. Mediums and sensitives feel the presence of hundreds of spirits, but who are they? Phoenicians, Irish Monks, Native Americans, Vikings, or someone else? For now, at least, it looks as if the story of Mystery Hill will remain a mystery.

Stonehenge Located about 80 miles (129km) west of London, England, on the Salisbury Plain near the town of Wiltshire, Stonehenge is an ancient monument that…

This location is one of the most active in all of Wilmington. Prior to a house being built on the site in 1843, the property…

On November 20, 1780, a major skirmish broke out between 270 British troops and 1,000 American troops at Blackstock Plantation in Union, South Carolina. The…

The site of a bloody Civil War battle from December 31, 1862, to January 1863, the 350-acre Stones River National Battlefield was established as a…

Gallows Hill The execution site of those condemned as witches in the infamous witch trails in Salem, Massachusetts. Gallows Hill has been believed to be…