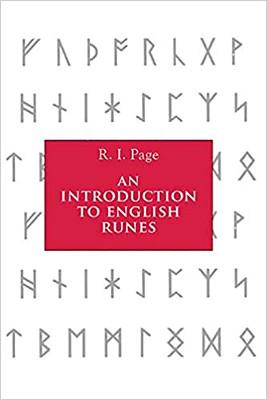 Runes are quite frequently mentioned in modern writings, usually imprecisely as a source of mystic knowledge, power or insight. This book sets the record straight. It shows runes working as a practical script for a variety of purposes in early English times, among both indigenous Anglo-Saxons and incoming Vikings.

In a scholarly yet readable way it examines the introduction of the runic alphabet (the futhorc) to England in the fifth and sixth centuries, the forms and values of its letters, and the ways in which it developed, up until its decline at the end of the Anglo-Saxon period. It discusses how runes were used for informal and day-to-day purposes, on formal monuments, as decorative letters in prestigious manuscripts, for owners’ or makers’ names on everyday objects, perhaps even in private letters.

For the first time, the book presents, together with earlier finds, the many runic objects discovered over the last twenty years, with a range of inscriptions on bone, metal and stone, even including tourists’ scratched signatures found on the pilgrimage routes through Italy. It gives an idea of the immense range of information on language and social history contained in these unique documents. The late R.I. Page was former Professor of Anglo-Saxon in the University of Cambridge.

Rune casting or Runic Divination provides means of analyzing the path that one is on and a likely outcome. Runes are an oracle from which…

This book shows how the ancient runic alphabet of the Celts and Vikings, when inscribed in bone, wood, or stone, can be used to enlighten…

Most commonly used for divination or marked on amulets in an effort to imbue them with supposedly magical powers, runes are characters of the earliest…

Explore the powerful magic and fascinating lore of a rich folk tradition Discover the secrets of Saxon sorcery, and learn how to craft rune charms,…

Buckland’s Book of Saxon Witchcraft was one of the first books to explore Wicca from a solitary perspective. Originally written 30 years ago to correct…