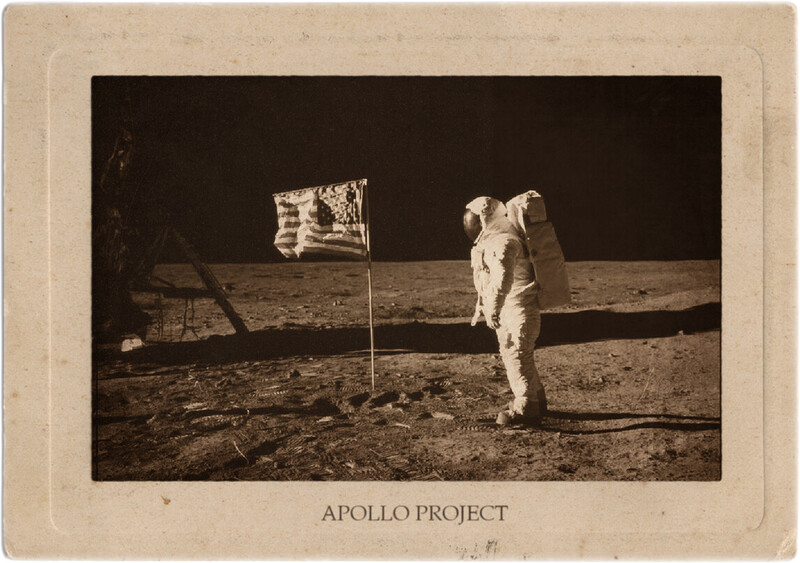 On July 20, 1969, millions of people around the world watched in awe as U.S. astronaut Neil Armstrong stepped from his spider-legged spacecraft to set foot on the Moon. It was, as Armstrong proclaimed to the television cameras, “One small step for man, one giant leap for mankind.”

In 1991 author Bill Kaysing announced his “discovery” that there was, in fact, no Moon walk—not on Armstrong’s flight nor on any of the subsequent Apollo missions claimed by National Aeronautics and Space Administration (NASA). The events were not filmed in space, Kaysing said, but rather on a military soundstage in Nevada (perhaps at supersecret AREA 51). In Kaysing’s view, the whole Apollo program came down to a “$30 billion swindle,” incorporating “programmed astronauts,” some “well-faked photographs,” and bogus Moon rocks, sold to the world with “the help of father-figure [Walter] Cronkite as the journalistic goat.” In place of proof, Kaysing posed pointed questions, which NASA has thus far declined to answer. They include:

Kaysing believes the “fake” Moon landings were staged after NASA discovered that its years of expensive research and planning were all for nothing and that the Moon walk was impossible; scientists thereupon allegedly joined forces with members of the MAFIA in LAS VEGAS to fake the various Apollo missions, thereby avoiding criticism and potential cancellation of their meal tickets. The scenario includes empty spacecraft launched from Florida and crashing back to Earth in the Antarctic, while astronauts are ﬂown to the Nevada movie set and bogus Moon rocks are concocted in a high-tech ceramics kiln. Curiously, a ﬁlm with a similar theme, Capricorn One, was released by Hollywood in 1978—13 years before Kaysing published his treatise on NASA’s great scam.

In 1999 a public-opinion poll revealed that 11 percent of the U.S. population doubted that astronauts had ever set foot on the Moon. That margin reportedly jumped to 20 percent in 2001 after the Fox TV network twice broadcast a program titled Conspiracy Theory: Did We Really Land on the Moon? On September 9, 2002, in Beverly Hills, aging astronaut Buzz Aldrin assaulted a heckler half his age after the man brandished a Bible, asking Aldrin to swear that he had walked on the Moon.

Throughout the mounting controversy, NASA maintained stony silence, refusing to debate skeptics concerning the Apollo project’s validity. As late as 2001 NASA’s response to the controversy consisted of a one-line memorandum: “Apollo: Yes, we did.” Then, on October 30, 2002, newspapers across the United States reported that NASA had retained Houston author and aerospace engineer James Oberg (for $15,000) to write a book debunking critical claims. “Ignoring it,” Oberg told reporters, “only fans the flames of people who are naturally suspicious.” Stephen Garber, NASA’s acting chief historian, weighed in with the opinion that Oberg’s 30,000-word manuscript “is not going to convince the people who believe in these myths. Hopefully, it’ll speak to other people who are broad-minded.” The book, Garber said, would expose “space myths writ large [and will] look at some of these broader issues of how these myths get initiated and promulgated.”

The ink was barely dry on that announcement when, nine days later, NASA announced the cancellation of Oberg’s book. An unnamed NASA spokesperson told reporters that “the project stirred up too much ridicule.” Instead of the reported $15,000 advance, Oberg would receive $5,000 “for work already done.” Oberg, for his part, vowed to ﬁnd another publisher. “I’m writing the book anyway,” he told reporters, “and now commercial publishers are interested. We live in a time teeming with conspiracy theories, and people, especially teachers, have little to help train students in critical thinking.”

THE ENCYCLOPEDIA OF CONSPIRACIES AND CONSPIRACY THEORIES – Michael Newton