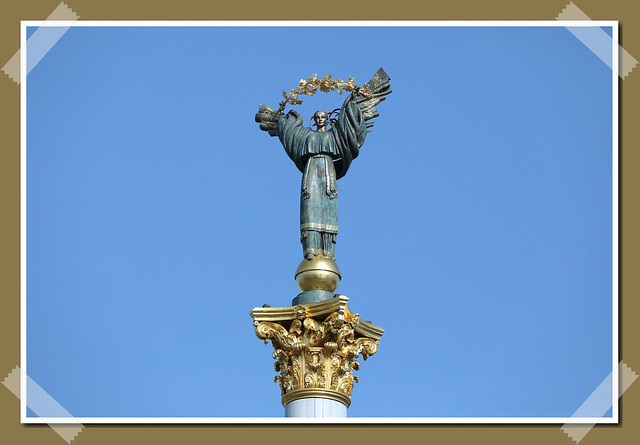 Bereginia is a primordial goddess venerated throughout Slavic lands. Her name may derive from Berech, “to protect.” Alternatively, Bereginia is translated as “earth” and “shore” and so perhaps indicates the threshold where land and water meet. The first recorded historical reference to Bereginia is from a sixth-century Greek lexicon naming deities Christians were forbidden to venerate. Among them is “the Berehinia.” In recent years, she has achieved the status of sacred matron of the nation of Ukraine, where she is described as the “hearth mother.” In 2001, a monumental statue of Bereginia (Berehinia in Ukrainian) was unveiled in the Ukrainian capital Kyiv’s main thoroughfare, replacing an equally giant statue of Vladimir Ilyich Lenin.