Eight couples from India have exchanged wedding vows in Jerusalem, reaffirming the formal conversion to Judaism of representatives of 6000 people who say they are descendants of a lost tribe of the Jewish people.

The couples belong to Bnei Menashe, or children of Menashe, and believe they are descendants of the Israelite tribe of the same name. In India, they keep customs and rituals that appear to be biblical in origin, but they are not recognised as Jewish in Israel.

Therefore, on arrival in Israel, they undergo religious conversion, and the wedding ceremony at the Great Synagogue of Jerusalem on Thursday was the culmination of the process. The eight couples had been married before, but not according to strict Jewish ritual.

The ceremonies took place under traditional wedding canopies, friends and relatives holding up the white cloth coverings with wooden poles. About 400 people attended the ceremony in the huge synagogue. About 800 members of the sect have been brought to Israel from the north-east Indian states of Mizoram and Manipur by Amishav, a group that reaches out to people connected to Judaism, said Amishav director Michael Freund.

He said Amishav, which means “my people returns”, would like to bring all 6000, but the Government had stopped the process.

Under Israeli law, Jews have the right to automatic citizenship. The right is also extended to close non-Jewish relatives. In recent years, there has been considerable concern over the number of non-Jews who have entered the country.

Michael Menashe, 31, acted as translator and adviser for the group. He came to Israel nine years ago. He said that their reception in Israel had been mixed because of questions over their Jewishness. “We have a connection (to Judaism), but there is no proof,” he said. “It is very difficult for us.”

There are practical problems, as well. “Communication is the most critical problem for us. We have trouble learning Hebrew,” he said.

Black Hebrew Israelites From: https://www.blackapologetics.com/bhifaq.html What is the religion’s origin? In discussing the origins of this the Black Hebrews (from this point forward cited as… 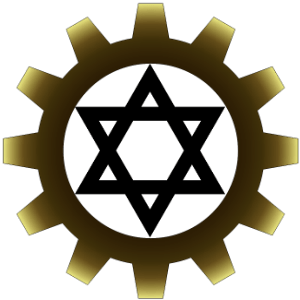 Judaism The religion centered on the covenant revealed to MOSES at Mount Sinai and preserved in the TORAH, the ﬁrst ﬁve books of the Hebrew…

An English adaptation of the Hebrew word mashiah, which means “anointed with oil.” Technically, the messiah is a figure in Jewish tradition. He will come…

Aquarian Minyan From: https://www.aquarianminyan.org/ Jewish history in the Bay Area dates back to the mid-19th century when Jewish gold prospctors gathered in San Francisco for…