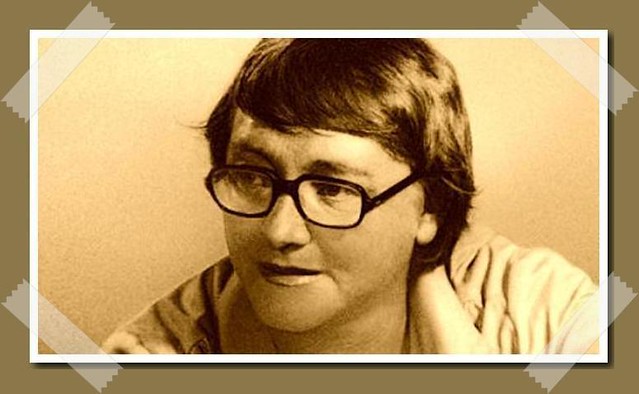 Bradley, Marion Zimmer (1930-1999) Best selling science fiction and fantasy author and mentor of women in Wicca. Marion Zimmer Bradley’s novels carry such Wiccan themes as the power of women and worship of the Earth Goddess.

Bradley was sometimes called a witch or Wiccan priestess, which she publicly disavowed. She described herself as an occultist and student of ceremonial Magic, but not a witch. “That is not my path in this life,” stated Bradley, who was an ordained priest in the New Catholic Church. “I myself am unalterably Christian.”

Bradley was interested and involved with the occult most of her life. She was born on June 3, 1930, in Albany, New York, to a Lutheran family. She had an early interest in poetry and writing and dictated poetry to her mother before she could write. At age 11, she started an alter- native school newspaper, The Columbia Journal, because she did not like the official school paper. She also had an early and intense interest in classical history, classical ceremonial magic, the mystery religions and the Arthurian legends.

Bradley spent three years at New York State Teachers College in Albany (now part of the State University of New York) but did not graduate. In October 1949, she married Robert A. Bradley, a railroad man, and had a son. The Bradleys moved to Texas, living in what Bradley termed “a succession of small towns and smaller towns,” including Levelland and Rochester. For a period in the early 1950s, Bradley joined the Rosicrucians, which put structure into her interest in the occult.

Bradley started her writing career in the 1950s by writing short stories for the pulp and confession magazines and then original paperback novels, most of them science fiction. Her first novel was Seven from the Stars, published in 1955.

In 1963, Bradley moved to Berkeley, where she remained for the rest of her life. She undertook graduate work in psychology at the University of California at Berkeley from 1965 to 1967, but did not complete it for a degree.

In February 1964, she married Walter Breen, a leading authority on rare coins. Breen became the first member of an occult order Bradley had conceived while still in Texas, the Aquarian Order of the Restoration. The purpose of the order was to restore worship of the Goddess, long before it became fashionable to do so. At its height, the order had about 18 members. The order eventually dissolved, feeling that its purpose had been accomplished. The last meeting took place in 1982.

Between 1965 and 1969, Bradley occasionally took LSD as a religious experience. She had read about the uses of LSD in psychology. Typically, she would spend a day or two preparing for the experience, a day immersed in the experience and then a day or two integrating the insights from it. She stopped taking the drug in 1978, because it lowered her blood sugar.

Of Bradley’s novels, the one that identified her most closely with witchcraft is The Mists of Avalon, published in 1983. Bradley had long been interested in creating a novel for Morgan Le Fay, the sorceress/fairy said to be the sister of King Arthur. The opportunity came in 1977, when Bradley’s editors, Lester and Judy Del Rey, suggested that she write The Acts of Sir Lancelot, which would be a companion to The Acts of King Arthur by John Steinbeck. Bradley said she would rather write about Morgan Le Fay. The Del Reys agreed to the idea and offered her a contract.

Bradley began work on the book in 1978. She took what was to be her last LSD experience, which provided her with a flood of ideas that coalesced into the central vision of the book. The Mists of Avalon tells the story of Arthur through the viewpoints of the women around him. The central narrator is Morgan (Morgaine), priestess of the Goddess and the Mysteries, schooled for seven years in the magical arts by Viviane, the Lady of the Lake. The other key women are Viviane, Igraine, Arthur’s mother, and Guinevere (Gwenhwyfar), his wife and queen. As part of her research, Bradley took a flat in London and traveled around to various Arthurian sites in Britain.

Mists, which portrays the ancient ways of the Goddess, the mysterious world of Faerie, and the conflict between paganism and Christianity, gained a wide following in the Wiccan and PAGAN communities.

Bradley herself became involved with Wiccans in the late 1970s. She joined a women’s group (Starhawk was one of the leaders). Bradley, Diana L. Paxson and other women formed the Dark Moon Circle, of which Bradley was a member for about four to five years. The group was described as “part coven, part women’s consciousness- raising and part sewing circle.” Bradley dropped out shortly after The Mists of Avalon was published in 1983. She found herself besieged by people who wanted her to speak on female consciousness, crystals and how much of the book had been “channeled” (none, she said). Also, some of the members of the Dark Moon Circle wanted to open it to men. Bradley had joined in the interest of learning how to relate better to women.

Bradley took exception to some of the values and aspects of the Craft that she felt were “intellectually dishonest.” For example, she said, modern witchcraft is a fertility religion, yet many feminist witches lobbied for abortion rights. Bradley said that “witchcraft is too tied up in people’s minds with medieval witchcraft, which is a form of satanism. Witches do not even believe in, let alone worship, satan.” Also, she said, trying to return to the old Earth religions in a society that is intertwined with technology does not make sense.

Bradley followed Christianity all her life, occasionally attending Episcopal services (an aunt was Episcopalian) and singing in the Unitarian Church. She became involved in the New Catholic Church through Breen, an archbishop, and a friend, also an archbishop. After taking classes, Bradley was ordained in 1980. For about five years, she worked with a gay counseling service in Berkeley, California.

Bradley died on September 25, 1999. Bradley was a believer in Reincarnation and had her first spontaneous past-life recall as a teenager. She said she had past lives with her two husbands. She recalled lives as a Spanish soldier, a male cowherd of the 13th or 14th century, an official in the Roman Empire under Tiberius and a school- boy in Belgium during World War I who died in a bombing. She also thought she might have been the writer and poet Charlotte Bronte.

In Marion Zimmer Bradley’s masterpiece, we see the tumult and adventures of Camelot’s court through the eyes of the women who bolstered the king’s rise…

Neolithic – “New Stone Age,” a period assigned in Europe to the development of agriculture or the Agricultural Revolution, although hunter-gatherer activity endured well into…