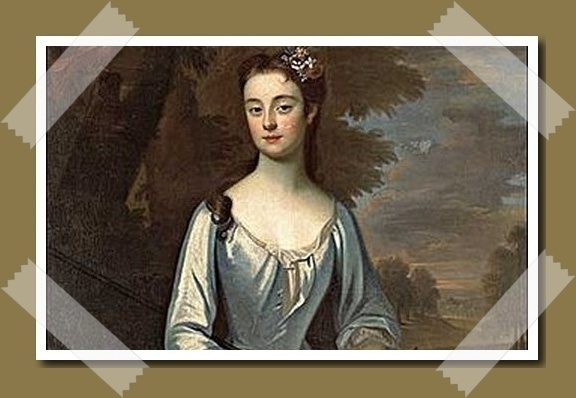 Evelyn Byrd (1707–1737) was the eldest daughter of William Byrd II, an early American colonial father and the founder of the city of Richmond, Virginia. Evelyn Byrd reportedly has haunted the grounds of what was her childhood estate, Westover, located on the James River.

Her erratic and infrequent appearances never threaten or frighten anyone; Evelyn, it seems, made a vow prior to death to return as a friendly ghost. Evelyn was born at Westover in 1707. Her father was King George I’s agent of the colony of Virginia, and surveyed the line dividing Virginia and North Carolina. His descendants include Admiral Richard E. Byrd, who explored Antarctica, and Senator Harry F. Byrd. At age 10, Evelyn was sent to England to be educated.

At age 16, she fell in love with a man her father deemed unsuitable for the Byrd family. The suitor’s identity is not known for certain, but he may have been Lord Peter borough, who was four times older than Evelyn, or Charles Morduant, Peterborough’s grandson. Byrd forced the courtship to end. At age 19, Evelyn returned to Westover, broken in spirit.

She withdrew from social contact, maintaining a relationship only with a neighboring friend, Anne Carter Harrison, whom she met almost daily in a poplar grove adjoining the two plantations. For 11 years Evelyn withered away, until finally she died. Prior to her death, the two young women made a pact that the first to die would return as a benevolent ghost.

After Evelyn’s death, Anne was the first to see her ghost, strolling under tulip trees in the poplar grove. The ghost smiled at Anne and then disappeared. Since then, Evelyn’s ghost makes occasional appearances on the Westover grounds or in the plantation house. Usually she is dressed in white; sometimes she wears green velvet and lace. Evelyn always smiles.

Sometimes she seems so real that she has been mistaken for a houseguest. She has been seen in the poplar grove walking with another figure, perhaps that of her friend, Anne.