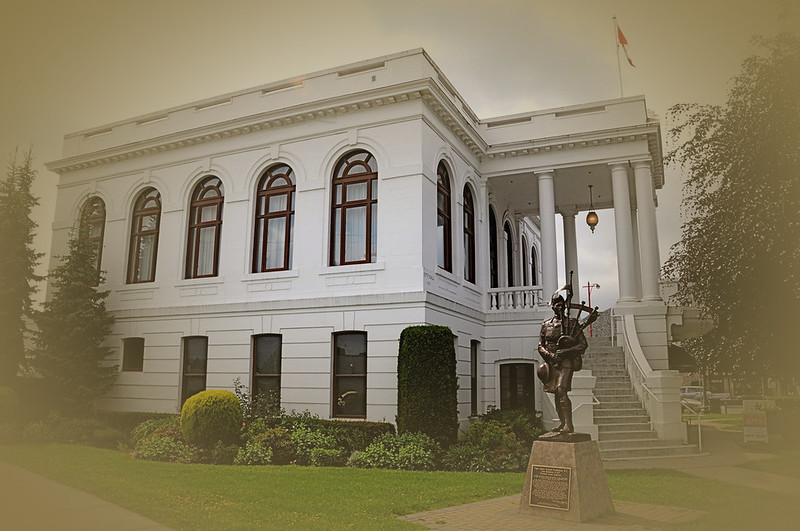 The Chilliwack Museum is a building in Chilliwack, British Columbia, haunted by the Ghost of a Suicide. ( See : Suicide in Ghost Lore ) The building, now Greenwood Museum, formerly was Chilliwack city hall. The story may be more legend than fact, but nonetheless haunting phenomena associated with it exist.

A man named William Garner was arrested for drunkenness in 1928 and was locked up in a jail cell. While he was passed out, the police added a roommate—a Chinaman arrested on charges of possessing opium. According to oral history recorded from Garner’s cousin, Samuel Roy Cromarty, the police had failed to take Garner’s belt. The distraught Chinaman took it off Garner while he was unconscious and strangled himself. Garner awakened to the horror of a dead body in his cell.

Years after this incident, Cromarty went to work in the city hall as a custodian. He often heard unexplained sounds of people and creaks and groans in the building. Phantom footsteps crossed the upstairs floor, accompanied by the sounds of a door opening and closing. The room from which the phenomena emanated was locked from the inside with a deadbolt.

Cromarty at first blamed natural sounds on the disturbances, but then concluded that the ghost of the Chinaman was wandering about. At least one other person experienced phenomena as well.

Back to Haunted Canada

Back to Haunted North America