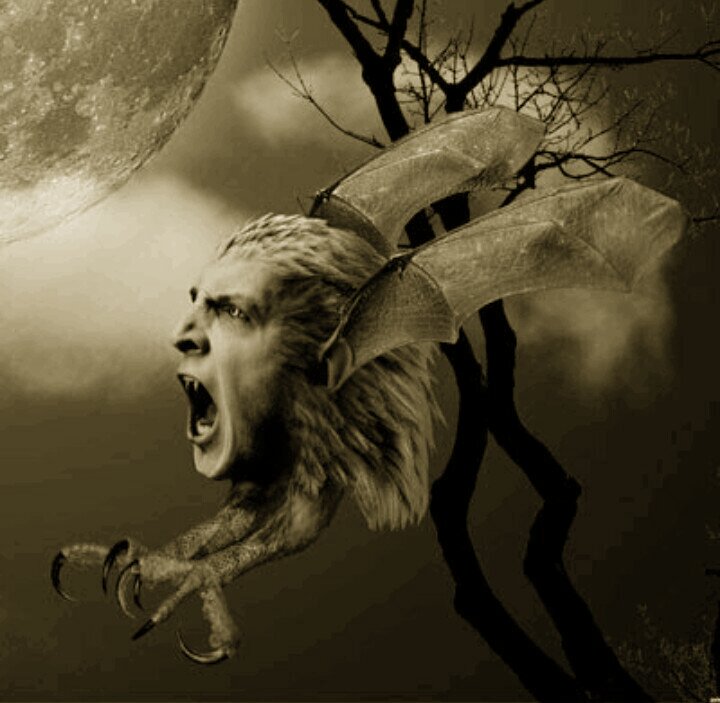 The Araucanian Indians of Chile have the belief that through a mere act of will, a person can become a chonchon, growing wings out of its ears and flapping so hard that it rips the head free of the body and flies away. Some sources say that this only happens after the person is deceased. The Mapuche Indians in the same area say that the chonchon is a bird with the head of a kalku, a sorcerer. Its cry sounds like “tui-tui-tui.” Whether it is a flying head or a bird, it feeds on human blood and can shape-shift to look like a person with large ears.

Chonchon In the folklore of the Araucanian Indians of Chile, a vampire with a human head and huge ears. It uses its large ears for wings to fly about seeking its prey.