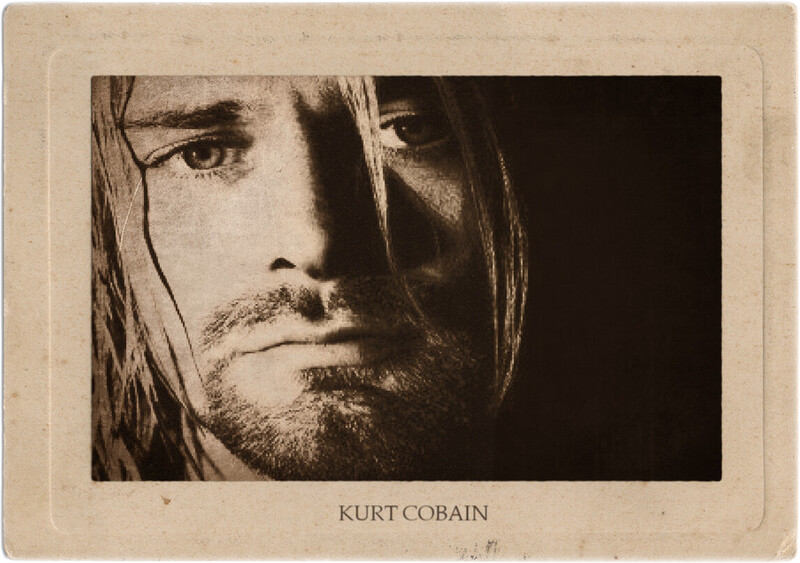 Kurt Cobain (1967–1994) On April 8, 1994, electricians installing a new security system at the Seattle, Washington, home of “grunge” rock star Kurt Cobain found their employer dead in a small apartment above the garage. Authorities declared that Cobain had injected himself with 225 milligrams of HEROIN (three times the fatal dosage) and swallowed a quantity of Valium before placing the muzzle of a shotgun in his mouth and pulling the trigger.

Near the almost-headless body, police found a cigar box ﬁlled with drug paraphernalia, a plaid hunter’s cap, a box of shotgun shells, and a rambling handwritten suicide note. The apartment’s door was wedged shut from inside. Cobain had previously attempted suicide on March 4, 1994, leaving another note before he swallowed 50 Rohypnol tablets in Rome. Based on those facts and evidence at the crime scene, police declared his death a suicide, but conspiracists claim that Cobain was murdered.

They advance the following arguments to prove their case:

• The heroin dosage found in Cobain’s blood, aggravated by Valium, should have been instantly fatal. Indeed, overdosed addicts are often found dead with the needles still in their arms; yet Cobain was found with the long
sleeves of his shirt buttoned at the cuffs. How could he have tidied up his clothing, put the drug kit back in its box, and then shot himself before the drugs rendered him unconscious?

• No “legible” fingerprints were found on Cobain’s shotgun, the box of cartridges, the suicide note, or the pen used to write it. Initial reports that Cobain had “marks on his hands” from ﬁring the shotgun also proved false and were later repudiated by police.

• Cobain’s wife, rock star Courtney Love, did not produce the note from Cobain’s alleged Italian suicide attempt until after his death. That note has since been destroyed, but various persons who read it dispute its contents. Some claiming it was a “rambling diatribe” against Love that mentioned divorce, rather than suicide.

• Seattle coroner Nikolas Hartshorne, who signed off on the suicide verdict in 1994, also booked rock bands (including Cobain’s band Nirvana) and was described by acquaintances as a “party friend” of Courtney Love. Hartshorne died in a base-jumping accident on August 6, 2002.

• Eldon (“El Duce”) Hoke, lead singer for the Mentors, claimed that Courtney Love offered him $50,000 to kill Cobain in January 1994. Hoke allegedly passed a polygraph test administered by Dr. Edward Gelb on March 6, 1996. Eight days after repeating his story for a ﬁlmed documentary, on April 19, 1997, Hoke was struck and killed by a train while walking in Riverside, California. Friends of Hoke called his death “highly suspicious,” noting that shortly before the accident, Hoke left his house to buy liquor with “a new friend none of his roommates had ever met before.” Hoke never returned from the booze run, and his “friend” remains unidentiﬁed. Private detective Tom Grant, hired by Love to ﬁnd her husband after he ﬂed a Seattle drug rehab program on April 1, 1994, now believes Hoke’s story and has publicly named Love as a suspect in her husband’s alleged murder. Grant additionally claims that Cobain’s drug overdose in Rome was “the ﬁrst attempt on his life.”