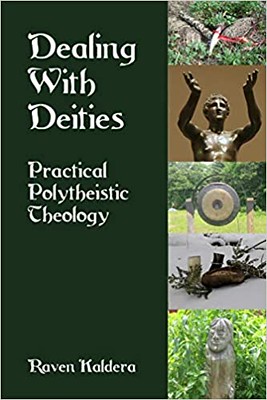 Polytheism―the worship of multiple Gods and Goddesses―is still a fledgling movement in Western civilization after centuries of oppression and near-obliteration. Many consider it mere superstition, but a new wave of polytheists are analyzing their faiths in the same way that mainstream religions have done.

Dealing With Deities delves into one theology of polytheism with clear and consistent explanations of belief, placing it on the same stage as any other players in an interfaith examination. For polytheists who want to take a deeper view of their faith, and for non-polytheists who want to learn about what goes on across the many-colored side of the religious fence, this book is a valuable and sensible resource that shows the power and profundity of a modern look at this ancient path.