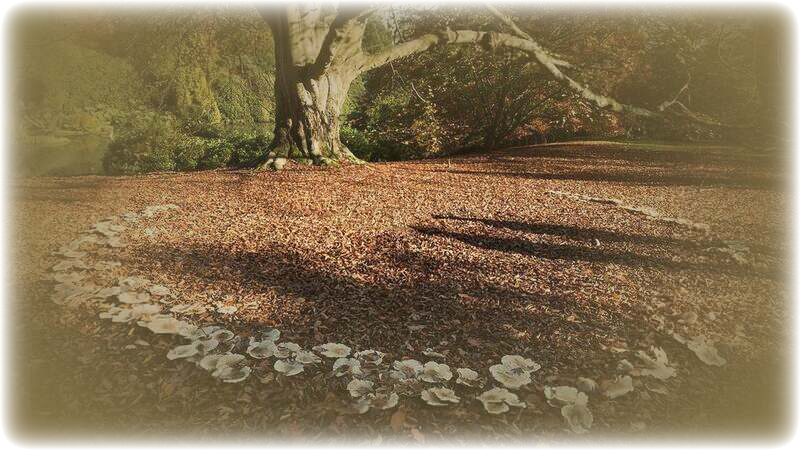 In the mid-twentieth century, people who saw strange circles of flattened, dark grass attributed the phenomenon to a UFO’s landing. In earlier times, however, they attributed them to dances held by fairies and called the circles fairy rings. According to folklore, if a person steps into a fairy ring, dancing fairies will carry that person away to a land where time moves so slowly that if the person ever returns, his relatives will have grown old in what for the abductee only seems to have been a few minutes.

Researchers into the alien abduction experience, whereby people claim to have been abducted by extraterrestrials, note similarities between such stories of fairy abductions and alien abduction stories; this has led some to develop complicated theories connecting abduction scenarios to folklore and the notion that there is a collective unconscious—that is, a body of symbols, images, and concepts shared by all human minds—that recalls human interactions with aliens in prehistoric times.

Today, scientists know that most flattened circles of dark grass are caused by a type of fungus, Marasmius oreades, which gradually kills plants in a way that makes them look like they have been flattened from a point in the centre outward. Still, many people today use the term fairy rings to refer to the manifestations of this fungus infestation.

Mack, John E. (1929–2004) Dr. John E. Mack was one of the leading experts on alien abduction experiences, in which people claim to have been…

Hallucinations are experiences of one or more senses—sight, sound, hearing, smell, touch, and taste—that appear real to the person experiencing them but are not. Skeptics…

fairy ring A natural mushroom fungus that grows in dark rings on grass and turf. In folklore it is said to be the site where…

One of the foremost researchers into the alien abduction experience, Budd Hopkins helped spread public awareness of this phenomenon through three popular books, Missing Time…