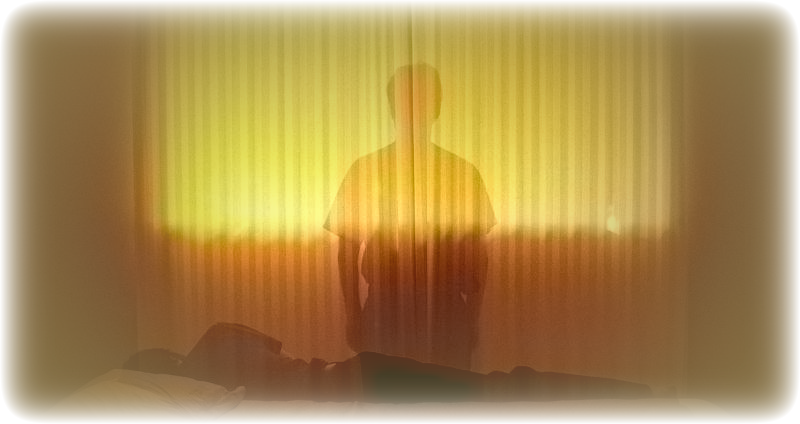 A fetch is in Irish and English folklore, the term for one’s Double, an apparition of a living person. The fetch is also called a “co-walker” in England. Seeing a fetch is a sign of ill-boding, although in Irish lore, to see a fetch in the morning means one will have a long life. When seen at night, however, the fetch is believed to foretell a person’s death.

Fetches are seen by persons with clairvoyant ability, or by friends or family of the living person just prior to, or at the moment of, that person’s death. As such, the fetch is the equivalent of certain crisis apparitions, a term applied in psychical research and parapsychology. Sometimes the fetch is witnessed by the person who is to die several days or weeks prior to his or her death.

A case (undated) cited in Haunted England (1940) by folklorist Christina Hole is that of Sir William Napier, who stopped at an inn while travelling from Bedfordshire to Berkshire. When he was shown his room, he saw a corpse lying on the bed. Upon closer inspection, he was astonished to see that the corpse was himself. Shortly after arriving in Berkshire, he died.

double The apparition of a living person that is an exact duplicate, even including details of dress. Doubles fall into two categories: Death Omens and…

Labeled “phantasms of the living” by the British Society for Psychical Research (SPR)in 1886, crisis apparitions are the apparitions, or so-called “ghosts,” of persons who are still alive. It is not uncommon for crisis apparitions to be spotted in locations that are great distances away from where their living counterparts are.

A Brownie is one of the most recognized types of Fairy. Brownies appear in the folklore of Scotland and England and are known as the…