Gematria is a system by which hidden truths and meanings are discovered within words in Hebrew or Greek.

In both Hebrew and Greek (the languages in which the Bible was written), there are only alpha characters. There are no numeric characters. Therefore, when a Hebrew would want to write a number, he would use the corresponding Hebrew letter. Each letter of an alphabet corresponds to a number. Numerical values of words are totaled up and then these words are said to correspond with other words sharing the same numerical value.

Various numbers are supposed to have spiritual meanings. Here are a few examples:

4 is the number of creation (the earth mentioned on the fourth clause of the Lord's Prayer; North, East, South, West; four corners of the earth)
5 is the number of grace
6 is the number of man (man was created on the 6th day; the sixth commandment says “Thou shall not murder)
7 is the number of spiritual perfection
8 is the number of new beginnings (eight people on Noah's Ark; baby is circumcised on the 8th day; Jesus rose on the first day (8th) of the week)
9 is the number of judgment
39 is the number of mercy
40 of testing and judgment
666 is the number of the antichrist, the numeric value of his name in Greek equivalent gematria.
There are some amazing numeric patterns found in the Bible.
“There are 21 Old Testament writers whose names appear in the Bible (3 x 7). The numeric value of their names is divisible by seven. Of these 21, seven are named in the New Testament: Moses, David, Isaiah, Jeremiah, Daniel, Hosea and Joel. The numeric values of these names is 1554 (222 x 7). David's name is found 1134 times (162 x 7).” (www.wordworx.co.nz/panin.html)
The gematria of the name “Jesus” in Greek results in 888. In John 21:11, after the resurrection the disciples caught 153 fish. The word “fish” in Greek is 'ixthus' which has a numerical equivalent of 1224, or 8 x 153. Also, 153 people received a blessing from Jesus in the four gospels (not counting the 5000 and examples like that).
The Greek word for “law” is nomos which has a gematria of 430. Paul says that the Law came 430 years after Abraham went to Egypt (Gal. 3:17). The Jews were in Egypt 430 yeas and after being freed, they received the Law of Moses (Exodus 12:40).

The Babylonian king Sargon II, in 8th century BC, is believed to have been the first to use gematria when building the wall of Khorsabad exactly 16,283 cubits long, because that was the numerical value of his name.
In Jewish mysticism this is a traditional system of associating numbers with Hebrew letters for the purpose of discovering hidden meanings in words as well as divination. This is accomplished by systematically associating letters with numbers and then finding other words with similar numbers. These latter words are regarded as comments on the original words. Systems related to the Hebrew implementation of gematria are still used. 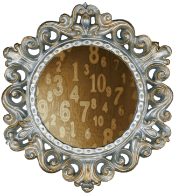 Temurah is one of the three ancient methods used by Kabbalists to rearrange words and sentences in the Bible. Kabbalists believed that with this method…