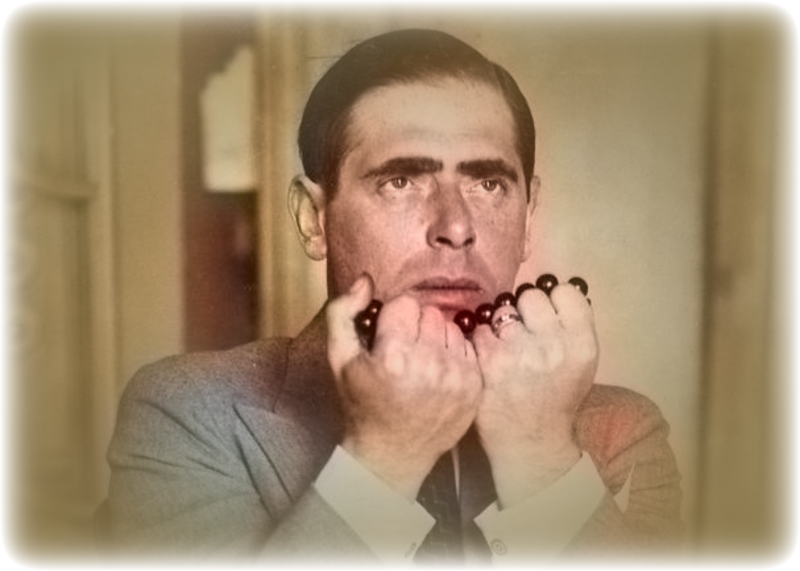 Erik Jan Hanussen [1889–1933] was a conjurer who earned the dubious honour of being Adolf Hitler’s favourite clairvoyant.

Born Herschel (or Herman – accounts vary) Steinschneider in Vienna the son of a travelling comedian, Hanussen’s upbringing was far from conventional. After a brief stint as a newspaper reporter he joined a small circus and began publishing books that denounced skills such as telepathy and clairvoyance as fraudulent hoaxes. Then he did an about-turn and claimed he had clairvoyant and telepathic powers. Despite being labelled a swindler by the Austrian and Czech police he moved into the cabaret scene and began giving public shows at major theatres.

Hanussen soon became a well-known public figure, though from the descriptions given, the tricks he was performing were clearly derived from extant conjuring sources. His skills came to the attention of Hitler and he served the Nazis as one of their most vehement and savage anti-Semitic propagandists. By the end of 1932 he was living a life of luxury and excess in his huge mansion outside Berlin, which was referred to as ‘The Palace of Occultism’.

Success, however, went to Hanussen’s head. In a séance in February 1933 he made the fatal error of revealing information obtained from his close association with top Nazis about a fire that would take place at the Reichstag as proof to the German people that the Communists were trying to disrupt the government. Hanussen knew that the fire would be set by the Nazis themselves within less than 12 hours, and he couldn’t resist using that inside knowledge to demonstrate his psychic powers.

The Reichstag fire took place the next morning in accordance with the Nazi plan and although there was huge public excitement about the accuracy of Hanussen’s clairvoyance, he had now become a danger to the Nazi cause. He had outlived his function of charming the dilettantes that the Nazis needed to finance their cause and his mutilated body was discovered in a shallow grave in the woods outside Berlin on 7 April 1933. Hanussen’s ‘Palace of Occultism’ closed and never re-opened.

A Proxy Sitting is a séance in which another person sits in on behalf of the person receiving communication from the spirit world. Proxy sitting…

SPOOK Generally accepted as an alternative term for ghost, the origins of the word may be traced back to American Indian lore and thus regarded…

Gerard Croiset [1909–1980] Born in the Netherlands, Croiset grew up to become an internationally renowned clairvoyant, highly regarded as a police psychic for his ability…

A patented form of astral travel devised by American guru Paul Twitchell (1908-1971). In a series of out-of-body experiences Twitchell claimed to have made contact…