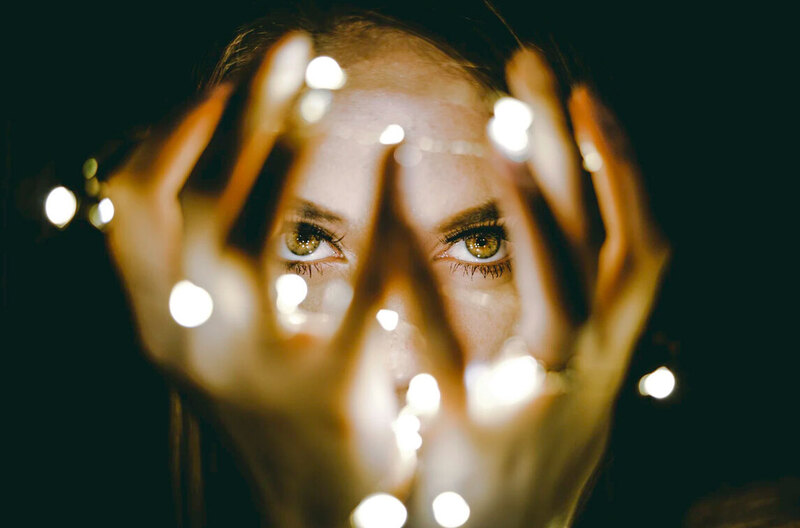 Clairvoyance is a a paranormal vision of objects, events, places and people that are not visible through normal sight. Clairvoyance is an extrasensory perception (ESP) that overlaps with telepathy and precognition (knowledge of the future). It is a factor in Mediumship and Retrocognition, and may come into play in some cases of apparitions.

The term “clairvoyance” comes from the French for “clear seeing.” It is also popularly called “second sight,” “ghost seeing” and “ghost vision.” Individuals gifted with clairvoyance have, throughout history, been oracles, prophets, diviners, holy men and women, healers, wizards and witches. However, everyone possesses the capacity for clairvoyance and probably experiences at least one clairvoyant episode during life.

Clairvoyance can happen spontaneously, such as when a person has a vision of apparitions of the past (see Versailles Ghosts), or can perceive nonphysical forms in a place alleged to be haunted. Clairvoyance—and sensitivity to ESP in general—may account for the great disparity of experiences that occur in an alleged haunting. For example, one person may be able to clairvoyantly perceive a ghost while another may not (and the other thus may not believe in the haunting). Many stories of hauntings include testimony from individuals who claim they experience nothing. In a case where collective apparitions are seen, some psychical researchers speculate that one person may perceive the apparition and communicate it to others through telepathy.

In mediumship, clairvoyance may account for the ability of Mediums to provide “unknown” information at Séances. Information unknown to the medium (and perhaps the sitters) but that can be verified through other sources is considered “evidential” in support of survival after death. However, some psychical researchers say that a medium’s unconscious clairvoyance of existing sources—anywhere in the world—cannot be ruled out (see Super-PSI).

Clairvoyance may be induced through various techniques, such as fasting, ecstatic dancing, ingestion or inhalation of certain substances, and magical ritual. Such techniques have been employed whenever humankind has sought to commune with the spirits of the dead, the spirits of nature or the divine. Ancient Egyptian and Greek priests used herbal mixtures to induce temporary clairvoyance. The Pythia oracle at Delphi inhaled the smoke from burning laurel leaves to induce clairvoyant visions. Shamans induce clairvoyance through ecstatic dancing, chanting and drumming, and sometimes with the help of hallucinogens. Native Americans experience clairvoyance during vision quests and solitary spiritual pursuits in the wilderness.

Clairvoyance is experienced in different ways. Perhaps most common is a vision seen by the inner eye. Some clairvoyant visions seem to have an objective reality, temporarily replacing the present time and environment. Such is the case in shamanism, for shamans enter a “non-ordinary” reality in which they search for lost souls and heal the sick. Clairvoyance of distant places—called “travelling clairvoyance” by mesmerists and early psychical researchers—may involve an out of- body experience (see Emanuel Swedenborg). Clairvoyant visions also have been recorded of non-earthly places, such as the astral plane, the spirit world or “Other Side,” and realms of heaven and hell. Descriptions of these places vary considerably. Clairvoyance can occur in dreams.

In his research with medium Eileen J. Garrett psychologist Lawrence LeShan conceived of two kinds of reality, sensory and clairvoyant. Sensory reality is everyday, real-time life, defined by the five senses. Clairvoyant reality, which is accessed by mediums, is a place where time is illusory (everything seems to exist in an ever-present “now”), judgments are impossible, and all things are perceived as interconnected.

Scientific study of clairvoyance began in the early 19th century with mesmerized subjects who exhibited paranormal, or “higher,” phenomena. One of the subjects of Alphonse Cahagnet, a French magnetist, was a young woman named Adele Magnot. While entranced, Magnot had visions of the spirit world and could see and converse with the dead.

Tests for clairvoyance of concealed cards using hypnotized mediums began in the 1870s with French physiologist Charles Richet. Card testing reached its peak later in the 20th century in the laboratory experiments of J.B. Rhine.