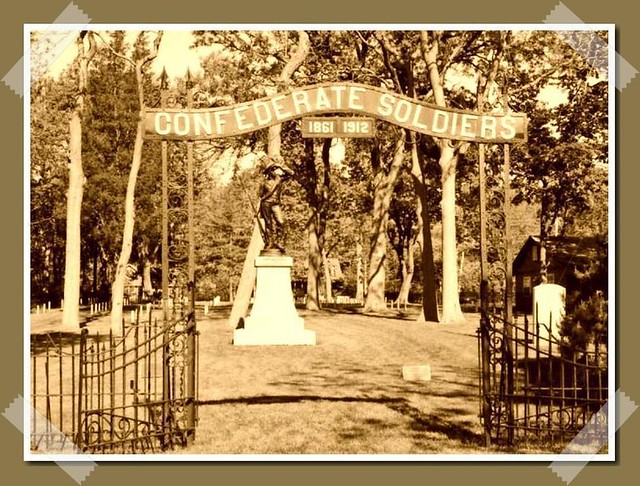 How long, O fate, shall I remain In this dark place, my lot to mourn? How long shall I endure this pain Which I already long have borne? —Levi Branson Williams, 2nd Lieutenant, Company E, Fourth North Carolina Calvary Died September 26, 1863, Johnson’s Island Johnson’s Island served as a Civil War prison camp from 1862 to 1865.

During its relatively short existence, the stockade held thousands of Confederate POWs. Sadly, Levi Williams, like hundreds of other Confederate prisoners, never left the island alive. In death, some say, they still march the grounds of the former prison. The stockade was comprised of about one dozen barracks, hastily built to contain the Union’s growing Confederate POW population.

While the prison was designed to hold approximately 2,500 Confederate prisoners, it quickly became overcrowded. During the 40 months of operation, more than 10,000 prisoners passed through its gates. The Union’s version of the prison’s history tends to downplay the living conditions and treatment of its prisoners. To be sure, the Confederate prisoners did create their own community of sorts.

They developed their own trade system, and even established a theatre. However, life was particularly harsh for the soldiers. Credible stories were found of prisoner abuse during the latter years of the stockade’s operation. Food and other resources grew increasingly scarce as the prison population increased. Furthermore, the barracks were not designed to withstand Lake Erie’s extreme climate changes—prisoners suffocated in the summer and froze in the winter. Many died from disease and illness.

Today, the barracks and other prison structures no longer exist. In their place stand private homes. The only evidence of the prison is the Confederate Stockade Cemetery. The marble gravestones are not original but were carved in the early 1900s to replace the old wooden grave markers that had rotted away. Many graves within the cemetery remain unmarked. Officially, 209 soldiers are said to be buried in the cemetery. However, it is widely believed that the remains of other soldiers are buried throughout the island.

Recent archaeological research (including infrared scans of the island) strongly suggest that more than 100 additional, unmarked graves exist. Not surprisingly, the cemetery has a reputation for being haunted. The spirits of uniformed Confederate soldiers are seen marching around the island. One well-known legend states that the ghostly soldiers can be heard singing Dixie.

A memorial statue of a Confederate soldier is also said to be haunted. Named “The Lookout,” he stands watch over the remains of the soldiers and inexplicably changes position at midnight. The Confederate Stockade Cemetery is open to the public. Access to the cemetery itself is free, although there is a $1 toll fare to access the island. Donations are encouraged to assist in ongoing preservation efforts.