Hinduism A set of religions that arose and are especially practiced in India. Hinduism is something of an umbrella term. It includes any Indian religious practice that does not claim to belong to another religion. Nevertheless, most of these religions share certain characteristics, such as acknowledging the authority of the sacred texts known as the VEDA.

The ﬁrst religious practices on the Indian subcontinent that we have any distinct knowledge of are those of the Indus Valley civilization (ﬂ . 3500–1500 B.C.E.) (see INDUS VALLEY RELIGION). Our knowledge of these practices is, however, limited to physical artifacts that are difﬁcult to interpret. These artifacts include seals that seem to show a person in costume meditating and a pool that seems designed for Ritual bathing. According to traditional European scholarship, the religion of the Veda was brought to India about 1500 B.C.E. Traditional Indian scholarship sees it as having originated in India much earlier. The practices that we know the most about were elaborate public SACRIFICES sponsored by wealthy patrons and performed by priests. Some parts of the Veda give evidence of what may have been more popular practices: spells and incantations used for medical purposes. Starting perhaps around 600 B.C.E. speculation on the Veda gave rise to philosophical texts known as the UPANISHADS. Somewhat later more practically oriented scholars systematized the Hindu way of life in Smritis or Dharmasastras, the most important of which was the Laws of MANU. Over many centuries mythological material developed into a body of literature known as itihasa-PURANA. It includes the mammoth epic poem the Mahabharata and an especially revered portion of it, the BHAGAVAD-GITA. From 500 to 1500 C.E. Hinduism as we know it today took shape. Beginning in south India, a movement of devotion to deities (BHAKTI) drew people who had supported BUDDHISM back to Hinduism. Hindus started to build temples to house their gods and goddesses. The orthodox schools of philosophy, especially the various forms of VEDANTA, were formulated. TANTRISM, a tradition of esoteric rituals, provided alternative means to release. Eventually an elaborate and sophisticated religious literature grew up in the languages of everyday life.

Virtually all forms of Hinduism acknowledge the authority of the Veda, but that does not mean that they derive any speciﬁ c content from it. There is no Hindu creed, and Hinduism encompasses many different beliefs. For example, some Hindus are polytheists (worshipping more than one god), some are henotheists (acknowledging many gods but devoting themselves to one), some are monotheists
(acknowledging and worshipping GOD as one), and some are atheists (denying that God exists). Instead of worshipping a personal God, Hindu atheists may postulate that a single, nonpersonal reality underlies the world of appearances (see BRAHMAN). Hindus who are monotheists generally see the many Hindu gods as different manifestations of the one same God. The Veda celebrates gods like INDRA, AGNI, Surya, Varuna, and, a little later, Prajapati. The gods of the Puranas are generally grouped together under the triad of BRAHMA the creator, VISHNU the preserver, and SIVA the destroyer, together with their consorts SARASWATI, LAKSHMI, and PARVATI. Actual Hindu worship tends to focus on a somewhat different triad: Vishnu with his avatars KRISHNA and RAMA (sometimes the BUDDHA and Jesus, too) and his consort Lakshmi; Siva with his consort Parvati and his son GANESA; and Devi, the goddess, especially in the form of DURGA and KALI. Much worship focuses, too, on the deities of the local village, often female, who may or may not be identiﬁ ed with the pan-Indian deities just named. Despite this plurality, most Hindus share a set of beliefs about the structure of life and the universe. They believe that upon death, living beings are reborn. The conditions of their rebirth are determined by whether their action (KARMA) has been morally good or bad. The universe, too, alternates between creation and destruction, although the number of years in each cycle is immense. Most Hindus also acknowledge that the ultimate religious goal is to attain release (moksha) from the cycle of rebirth (SAMSARA).

Hindu practices are just as diverse as Hindu beliefs. The codes of DHARMA, religiously sanctioned order, discuss practice in terms of a sanatana dharma, an order that applies universally. According to this order, what one is supposed to do is determined by the varna (ritual class; see CASTE IN HINDUISM) into which one is born and the asrama (stage of life) in which one happens to be. In youth, males of the top three varnas are to study the Veda; in maturity they are to marry, support a household, and produce children, especially sons; in old age they relinquish their duties. Some even take a fourth step, known as sannyasa, in which they totally renounce their possessions and identity and search for ultimate release from repeated rebirth. Hindu law codes give much less freedom to women. According to the Laws of Manu, “Her father guards her in childhood, her husband guards her in her youth, and her sons guard her in old age. A woman is not ﬁ t for independence.” This hardly does justice, however, to the many Hindu women through the centuries renowned for their accomplishments in intellectual, political, military, and religious realms. For example, many of the doctors in India today are women. Accompanying this life cycle is a series of RITES OF PASSAGE known as samskaras. The most important is probably the initiation of the boy into Vedic study. Those who study the Veda ideally perform Vedic rituals throughout their working years and retirement. Vedic twilight rituals, known as sandhya and performed morning and evening, punctuate the rhythms of daily life. By far the most common worship practice in Hinduism is PUJA, worship of a god in image form either at home or at a temple. A number of festivals punctuate the Hindu year (see HINDU FESTIVALS). Pilgrimage to sacred sites sometimes involves millions of devotees at a time. A number of spiritual disciplines (YOGAS) attempt to produce ultimate release from repeated rebirth. Not to be overlooked, too, are the many vows that Hindu women make. Although Hinduism often highlights the religious role of men, women are important teachers of their children. For example, Mohandas Gandhi attributed his religious seriousness to the profound religious devotion of his mother.

Hinduism is above all a religion of the family. It is possible to be a devout Hindu and never set foot in a temple. Families do, however, participate in broader religious institutions. All Hindu families are classiﬁ ed in terms of caste (jati) and ritual class (varna). For those families who participate in Vedic ceremonies, the GURU or spiritual preceptor is an important authority. Astrologers are seen as important spiritual advisers. Many Hindus consult them on all important occasions, especially birth and marriage. Hindus also consult renunciants (SADHUS). In the past century or so these have included such prominent ﬁ gures as RAMAKRISHNA Paramahamsa, Sri Aurobindo, and Ramana Maharshi. Renunciants are usually members of institutions, for example, the monasteries founded by the great Indian philosopher SANKARA.

Since the 19th century, Hinduism has faced many challenges. One was how to react to British rulers, who considered Hindu traditions backward. The Brahmo Samaj, founded by Raja Ram Mohan Roy (1772–1833) sought to modernize Hinduism. The Arya Samaj, founded by Dayananda Saraswati (1824–83), sought instead to purify Hinduism by returning to its Vedic roots. A second challenge was how to deal with living in non-Hindu territories. Starting in the 19th century Hindus emigrated to eastern and southern Africa, the West Indies, Australia, Great Britain, Canada, and eventually the United States. Those who did so have been formulating what it means to be Hindu in these lands (see HINDUISM IN AMERICA). Especially since the 1960s some Hindus have been traveling outside of India as missionaries. Yet another challenge was how to respond to British rule in India. What was the appropriate way for Hindus to ﬁ ght the British? In the 19th century B. G. Tilak read the BHAGAVAD-GITA as calling Hindus to armed struggle. In the early 20th century, however, Mohandas GANDHI used it to advocate nonviolence. India won its independence in 1947. Since then, Hindus have argued vigorously about whether India should be a secular or a Hindu state. The heirs of Gandhi, the Congress Party, have favoured a secular state. Others have advocated the ideal of Hindutva, “Hindu-ness.” According to this ideal, Hindutva is not a religion but the traditional culture of India.

All Indian citizens should embrace it, even if they are Muslims, Christians, Parsis, Sikhs, or Jains or have some other religious identity. A number of organizations advocate the Hindutva ideal (see FUNDAMENTALISM, HINDU). They include the RSS (National Service Society), the VHP (World Hindu Congress), and the BJP (Bharatiya Janata Party), a political party that has ruled India off and on in the 1990s and early 2000s. In agitating for Hindutva, these groups have taken as their symbol the alleged birthplace of Rama. A MOSQUE had stood on the site, but on December 6, 1992, crowds favouring Hindutva tore it down. Their actions sparked riots in which thousands of people, mostly Muslims, were killed. In 2001 violence against Muslims once again broke out, especially in the western Indian state of Gujarat, that resulted in hundreds of deaths. In the summer of 2004, the BJP lost the national elections. It is, however, too early to tell what the ultimate outcome of the push for Hindutva will be.

In Hinduism there are many beliefs regarding gods. But in most of them a supreme god is regarded as an entity that exists and gives…

Brahman A term used in Hinduism for ultimate reality, as well as for the priestly caste. Brahman is a neuter term (the masculine form is…

Agni literally means “fire”: the name is etymologically related to ignite. Because Agni is fire, he is a deity with whom people have daily contact.… 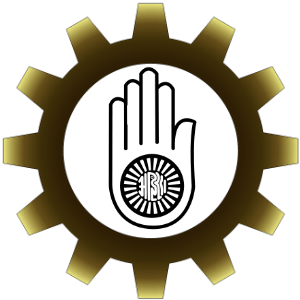 Jainism is a religion in India. Jains get their name because they follow the teachings and example of the jina, which means victor. For them,…

India – Piers Vitebsky argues that “shamanism [in India and widely throughout South and East Asia] is often the religion of earlier, aboriginal tribes” but…