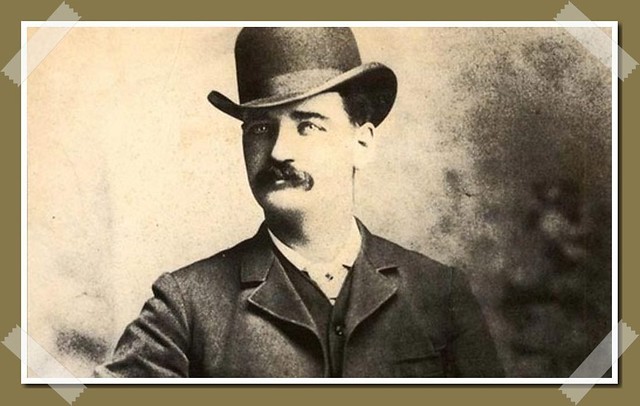 Bat Masterson (1855–1921) In American history and folklore, William Barclay Masterson was a sheriff noted for his fine suits, pearl-gray bowler, diamond stickpin, and notched gun. In 1875, Bat killed his first man at Sweetwater, Texas. The incident occurred over a woman named Molly Brennan. Bat and Molly were both wounded by the gunfire of her jealous exlover, Melvin A. King, before Bat killed him. After Bat recuperated, he returned to Dodge City, where he worked as a deputy marshal under Wyatt Earp. Once a man pestered Bat
to sell him his gun as a souvenir. Not wishing to part with his gun, Bat went out and purchased a Colt .45 to sell to the gentleman. To make the gun even more interesting he put 22 notches on it. When the collector called for his souvenir, Bat handed him the notched gun. Stunned, the man asked him if he had killed 22 men. According to legend, Bat replied: “I didn’t tell him yes, and I didn’t tell him no, and I didn’t exactly lie to him. I simply said I hadn’t counted either Mexicans or Indians, and he went away tickled to death.” Bat Masterson appeared as the subject of a television series.