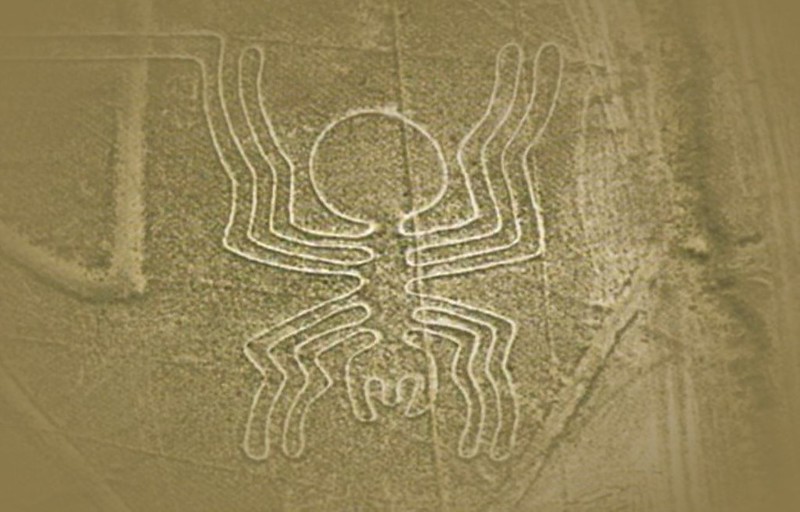 Nazca lines Crisscrossing the desert plains between Nazca and Palpa, Peru, in the foothills of the Andes mountains, the Nazca lines are thousands of lines of different lengths and widths that ancient people made sometime between 600 and 200 B.C. by moving stones and scraping the surface of the earth. Since this region is one of the driest and least windy places on earth, the lines have not been subjected to much erosion, allowing today’s researchers to see them much as they appeared in prehistoric times.

Most of the lines are straight, and of these, some seem to chart celestial objects. For example, one of the ﬁrst Westerners to visit the Nazca lines, historian Paul Kosok in 1941, noticed that on the day of the winter solstice in the Southern Hemisphere, the Sun set over the end of one of the longest of the Nazca lines. Kosok decided that the lines’ purpose was to keep track of celestial movements.

Later, however, scientists discovered that certain lines, when viewed from the air, appeared to be part of intricate geometric designs, and others were part of dozens of drawings that depicted a variety of ﬁgures, including a man with unusually large eyes, a giant spider, a lizard, a monkey, and eighteen birds. The smallest of these drawings is 27 feet (8.2m) long, the largest is more than 450 feet (137m) long, and together they cover some 500 square miles (1295 sq. km) on what is now known as the Nazca plateau.

Since these pictures can be seen only from airplanes or helicopters but were created at a time when aircraft did not exist, some people have suggested that the pictures were meant to be viewed from spacecraft. Others have theorized that the ancient people who made the lines thought they would be viewed by the gods they worshipped.