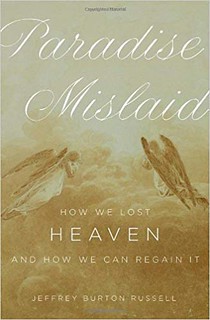 The Christian concept of heaven flourished for almost two millennia, but it has lost much of its power in the last hundred years. Indeed today even theologians tend to avoid the topic. But heaven has always been a central tenet of the Christian faith, writes Jeffrey Burton Russell. If there is no heaven, no resurrection of the dead, the entire Christian story makes no sense. In this stimulating book, Russell sets out to rehabilitate heaven by forcefully attacking a series of ideas that have made belief in heaven, not to mention belief in God, increasingly difficult for modern people. Russell provides elegant and persuasive refutations of arguments ranging from the idea that science has disproved the existence of the supernatural, to the notion that biblical criticism has emptied the scripture of meaning.

Along the way, as Russell looks at the ideas of Charles Darwin and Herbert Spencer, Mark Twain and Alfred Lord Tennyson, Marx and Freud, and a host of others, he sheds light not only on the history of Christian thought, but on the process of secularization in the West. One by one, Russell refutes these anti-religious ideologies, pinpointing the deficiencies of their reasoning. Throughout the book, Russell invites the reader, whatever his or her beliefs, to take the concept of heaven seriously both as a worldview in itself and as one with enormous influence on the world. It is a book that will be welcomed by thinking Christians, who often feel beleaguered by the forces of modernity and sometimes find it hard to defend their own beliefs.

Mephistopheles is the fourth and final volume of a critically acclaimed history of the concept of the Devil. The series constitutes the most complete historical…

The Devil, Satan, Lucifer, Mephistopheles – throughout history the Prince of Darkness, the Western world’s most powerful symbol of evil, has taken many names and…

Book of Enoch: Sometimes referred to as 1 Enoch, or the Ethiopic Enoch. The Book of Enoch was supposedly written by the biblical Patriarch Enoch,…