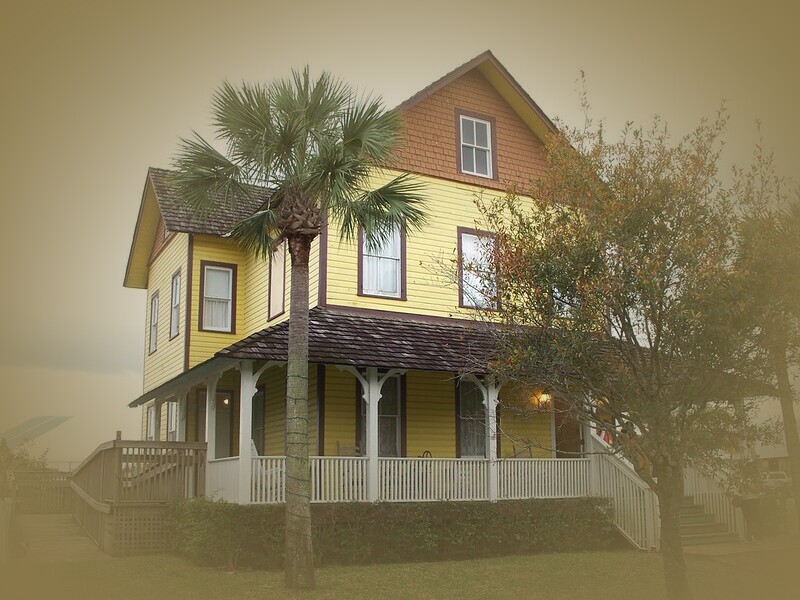 Something or someone in the Riddle House, a historic Victorian painted lady built in 1905, doesn’t like men. Dangerous ghostly phenomena, directed toward males visiting the house, often turn physical.

Today the house sits in Yesteryear Village—a living museum of a late-1900sera Florida town nestled on five acres and containing 30 buildings either moved intact from their original, historic sites or reconstructed from original blueprints upon the fairgrounds property.

“I’ll never go into the Riddle House again,” stated carpenter Steve Carr during a phone interview. He was doing restoration work in a first-floor room when the lid from an iron pot lifted three feet off its base, flew across the room, and struck him in the head. He never saw the lid, but a second man did and dragged the unconscious Carr outside the house.

Since then, male security staff and visitors are not allowed to go into the attic, a particularly active hotspot for paranormal activity believed to be the work of a man who hung himself and whose image often appears in the north or west attic windows to people below. In January 2003, one of our team members, Jack Rodriguez, saw the solid head and torso of a black-suited man against the north window with a noose around his neck and the end attached to an attic beam as he peered down at him.

A few days later, interviews with Yesteryear volunteers first verified that the ghost of a man wearing a black frock coat is believed to be a former boarder who hung himself in the single-room attic of the three-story house. His apparition is also seen on the lower floors and walking the Village grounds.

Riddle House, so-called since 1920, was originally named the Gate Keeper’s Cottage because it functioned as a place for parlor funerals and the management of the Woodlawn Cemetery across the street from 327 Acacia (its original location) in downtown West Palm Beach. It was built on land owned by Joseph Jefferson, the most famous actor of his day. The house itself was erected by Henry Flagler’s construction workers with some materials left over from Flagler’s Palm Beach motels.

When Karl Riddle became the first city manager and superintendent of Public Works, the house served as his home. In the 1980s, Riddle House was a girl’s dormitory for the Palm Beach Atlantic College until it was abandoned, fell into disrepair, and faced demolition by the city. Finally, the city donated the building to John Riddle, nephew to Karl, and it was divided into three sections and moved to Yesteryear Village. Karl Riddle’s diary actually tells of the death of an itinerant man on the property but gives no details.

Witnesses say that only days after its arrival, unexplained incidents began inside the house. Psychics, parapsychologists, and paranormal investigators have been brought into the attic, and orbs, unexplained temperature increases near the west window, anomalous streaks of spirit energy, and even spirit communication with a man who hung himself in the attic because he “took the fall” for a crime he didn’t commit and which involved financial wrongdoings with Flagler funds have been experienced by our team or reported to us.

Back to Haunted Florida