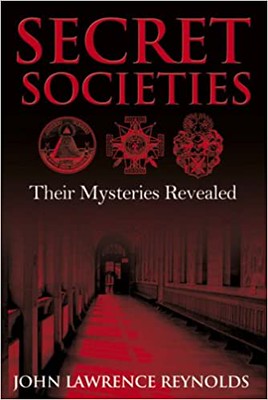 Secret societies have flourished throughout history, capturing the public imagination and generating fear, suspicion and above all fascination. Reynolds treats the reader to a behind-the-scenes look at the origins, initiations, secret signs and famous members of the most notorious secret societies of all time. Included are chapters on the Cosa Nostra, Al Qaeda, the Triads, the Assassins, the Yakuza, Kabbalah, the Freemasons and the Druids. Does a global power actually control the election of world leaders? Are some secret societies little more than a group of boys playing at secret handshakes? Based on exhaustive research, with an emphasis on authenticity rather than speculation, “Secret Societies” will grip readers from the opening page.

Scholar of the occult and secret histories, John Michael Greer shines a light on 100 mysterious conspiracies and hidden societies throughout history, from Ancient Greece…

With his recent best-selling books and hundreds of articles, as well as radio and TV appearances, Philip Gardiner has started a crusade for uncovering the…

To some the name “secret society” conjures up an image of a shadowy and elite cabal meeting behind smoke-filled rooms, discussing tactics of world domination…

Throw out everything you think you know about history. Close the approved textbooks, turn off the corporate mass media, and whatever you do, don’t believe…