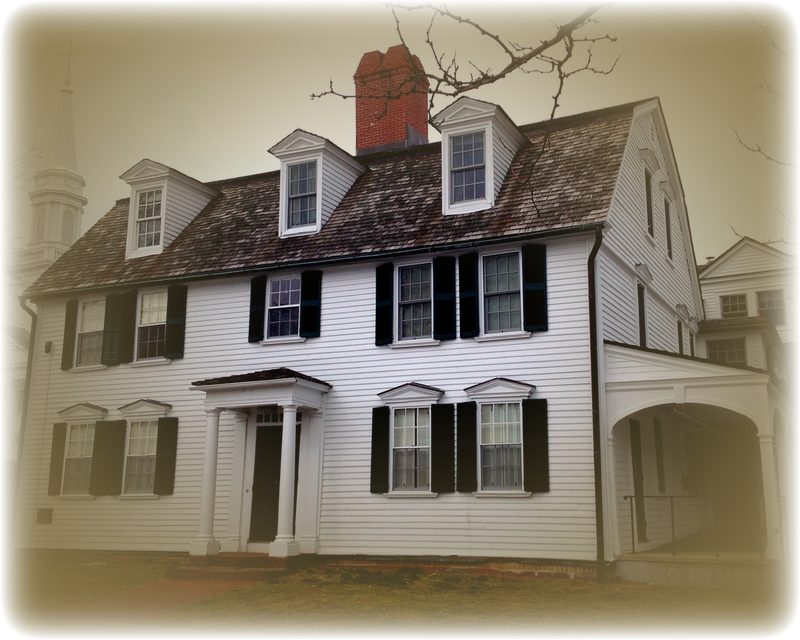 The Session House dormitory is said to be haunted by two college students who died in a dark passage, two small children accidentally killed by their nervous mother, and two lovers whose doomed romance was never meant to be.

In 1700, John Hunt built a house for his family outside of the main military complex in Northampton. To protect against attack, he built a secret passage that went underground to the river nearby. During the Revolutionary War, British General “Gentleman Johnny” Burgoyne fought against the colonists and was eventually caught and held prisoner in the house. Burgoyne quickly fell in love with Hunt’s daughter, Lucy, and although they were forbidden to see each other, the two would meet in the hidden passage. Eventually “Gentleman Johnny” was sent back to England, promising to return for young Lucy. He never returned and Lucy was heartbroken.

Ever since, the ghosts of the two lovers have been seen and heard from the passageway. There is not much detail about the nature of the hauntings, but what is also interesting is not just the ghosts that might exist in the hallway, but the ceremony that has evolved around them. Every Halloween, the young women at Session House are allowed to search for the hidden passageway and for the souls that are supposed to haunt there. For 20 minutes on that night only, they search the nooks and crannies of the house without any light, looking for the passage that contains the spirits. To find the passage is to be honored in the dorm and to be part of the larger tradition of the college.

The unlucky lovers are not the only ghosts said to live in the dorm. Another tale tells of a mother and her two children who were alone in the home one night telling ghost stories and scaring each other. The mother thought she heard a noise and grabbed an axe to protect her family. She began to search the house, eventually making it back to the room her children were in. Thinking they were intruders who had broken into the house, she killed them. When she saw her mistake, she killed herself in a room on the third floor of the house.

The other famous tale from Session House takes place after it had become a dorm and the passage hunt had already become part of its tradition. Two girls found the secret passage, but they fell into a hole in the staircase and either broke their necks or injured themselves and starved to death. Local lore says that the girls can be heard as you near the staircase. Some say the ghosts might also try to push or drag you into the hole.

Built in 1832 by Captain John Stone, this public house has been an inn, a restaurant, a stop on the Underground Railroad, and a regular…

If only half of the stories about the old Charlesgate Hotel in Kenmore Square were true, it would still be one of the most haunted…

King House was originally built on an old Spanish graveyard and was used as a boarding house for sailors. It was destroyed by fire and…