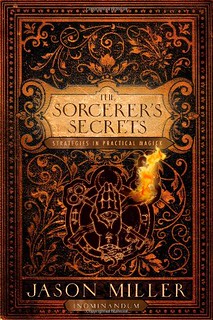 Sorcerer: A professional practitioner of magical arts. In the Western magical tradition, a sorcerer is associated with low or black Magic, that is, Spells for power, money, love, and personal gain. The term sorcerer might be interchanged with warlock, wizard, or witch. The French word for witch is sorcier, which is derived from sors, or “spell.”

In The Book of Black Magic and of Pacts, Arthur Edward Waite gives a description of sorcerers: We have seen that the sorcerer of the Middle Ages was usually squalid and necessitous; hence he coveted treasures: he was usually despised, and hence he longed for mastery, for the prestige of mystery, and the power of strange arts: he was usually lonely and libidinous, and hence he sought, by means of spells and philtres, to compel the desire of women. To be rich in worldly goods, to trample on one’s enemies, and to gratify the desires of the flesh—such are the ends, variously qualified and variously attained, of most Ceremonial Magic, and hence the Rituals abound in Venereal Experiments.

Outside of the Western magical tradition, a sorcerer might not be regarded in either a negative or positive light but rather as a magically empowered person who is consulted for spells for a variety of purposes. See also WIZARD.

The “Book of Ceremonial Magic” by Arthur Edward Waite was originally called “The Book of Black Magic and of Pacts”. It is an attempt to…

A warlock is a term for male witches, though most men in contemporary Witchcraft prefer to be called Witches or Wiccans like their female counterparts.…

Sorcery is a magical art involving spell casting with the help of spirits, including Demons, and often associated with witchcraft. sorcery is derived from the…

shadow Container, shape, or essence of the soul. In folklore a person who has no shadow has no soul. In Magic a person’s shadow can…