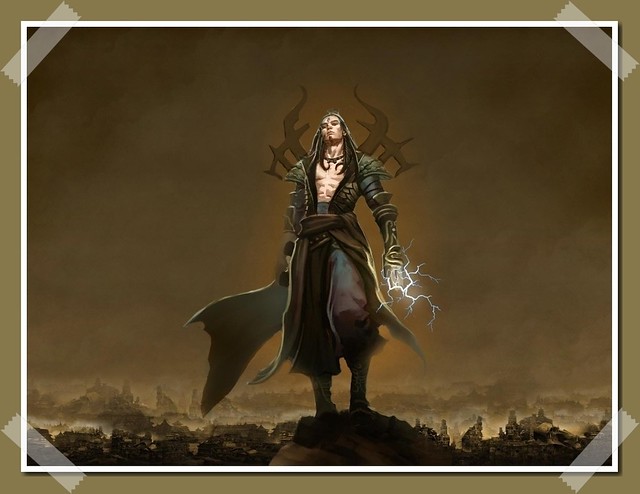 A wizard is an old term used to describe male magicians, sorcerers or witches, but seldom used in modern times. The word wizard is derived from the middle English term wis, which means “wise.” It first appeared in 1440 and was synonymous with wise women and wise men. In the 16th and 17th centuries—the height of popularity of the European village magician—it applied to a high magician but also to cunning men, cunning women, charmers,
blessers, sorcerers, conjurers and witches.

After 1825, wizard became almost exclusively synonymous with witch, but its usage died out during the 20th century. most villages and towns in Britain and Europe had at least one wizard, who usually was respected and feared by the local folk.

The wizard specialized in a variety of magical services, such as fortune-telling; finding missing persons and objects; finding hidden treasure; curing illnesses in people and animals; interpreting dreams; detecting theft; exorcising ghosts and Fairies; casting spells; breaking the spells of witches and fairies; making Amulets; and making love philtres. Because he was deemed the diviner of the guilty in crimes, the word of the wizard often carried great weight in a village or town (see divination). The wizard’s charms were part folk magic and part Christian in origin.

Wizards were “commonly men of inferior rank,” as Sir Thomas Browne described them in 17th-century England. Most earned paltry fees from their services and worked at other jobs to make a living. They claimed to get their powers from God, the archangels, ancient holy men of the Bible or the fairies. Thomas Hope, a Lancashire wizard, said in 1638 that he had gotten his healing powers from being washed in special water at Rome.

In England, wizards were prosecuted for crimes by both the state and the church. The Witchcraft Acts of 1542, 1563 and 1604 made felonies of popular forms of magic, such as fortune-telling, divination to find lost or stolen goods, conjuring spirits and making love charms.

Prosecution by the state was erratic, due in part to the defense wizards enjoyed from their clientele, their lack of records and the general popularity of folk magic. Wizards suspected or accused of harmful magic were prosecuted as witches. The church considered sorcery and divination to be diabolical acts for the Devil.

The high magician wizard was an intellectual who pursued alchemy, the Hermetic wisdom (see Hermetica) and Neoplatonic philosophy. They read the grimoires, invoked spirits in rituals and scryed in crystals (see scrying).

In the 17th century, wizardry of both folk and high magic declined in prestige, retreating from urban population centers to the countryside. In the 19th century, interest in high magic revived, but folk-magic wizardry continued to be predominantly a rural phenomenon.

A wizard is a male witch or sorcerer. Wizard carries a negative meaning: The word comes from the Middle English terms wys, or “wise,” and the suffix ard, which connotes “someone who does something to excess or who is discreditable.” Wizard especially was originally used to describe men who were wonder workers or who produced illusions; they were often lumped in with “witches and necromancers.”

Wizard continued in negative usage and was often applied to magicians who cast enchantments or who were believed to be in league with the devil. Nathaniel Hawthorne captured the essence of popular opinion of wizards in his fictional story, “Anne Donne’s Appeal” (1835), in which he described a wizard as “a small, grey, withered man, with fiendish ingenuity in devising evil, and superhuman power to execute it, but senseless as an idiot and feebler than a child to all better purposes.”

The term is seldom used in modern practices of magic. It has been rehabilitated in fiction, such as in the stories of HARRY POTTER and LORD OF THE RINGS, in which wizards possess magical skills and wisdom but are not necessarily evil in nature.