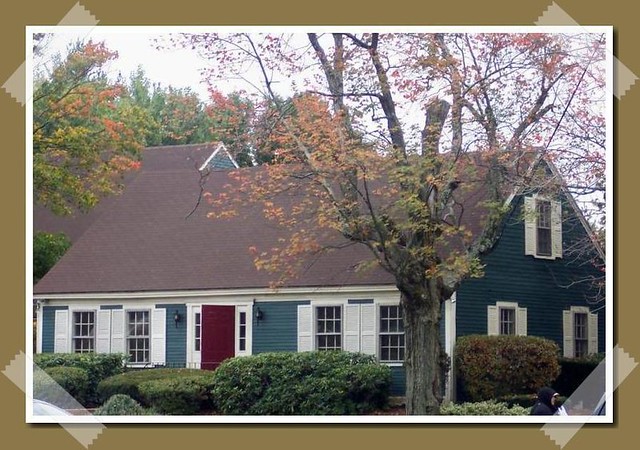 When you sit down to dinner at the Country Tavern, you can expect a wonderful entrée, a completely original soup, and a good ghost story. The owners are not afraid of their resident spirit; they advertise her on their menu.

Elizabeth Ford is said to haunt different rooms in the restaurant, most often the kitchen and ladies’ washroom. Elizabeth’s story begins with her marriage to an English sea captain who spent months at a time away from their New Hampshire residence.

To ease his absence, he had a house built in 1741 on the land the Country Tavern now stands on. After one especially long trip, the captain came home to find his wife with a newborn baby that was not his. He killed them both and buried them on the property.

Several buildings have been located on the property over the years, but the Country Tavern is the only one that has reported the mysterious activity of Elizabeth. She has been known to play with women’s hair in the ladies’ room and move plates and glasses.

People have actually seen her in the upstairs dining room, and occasionally she has been seen from the outside windows. She has been described as having long, white hair and wearing a white dress. One patron left the building to have a cigarette in the back parking lot.

As he watched, the swinging door opened and closed a dozen times with no person coming through the door. When he went up to ask the staff about the strange occurrence, he was told the dining room was not in use that night.

Back to Haunted New Hampshire