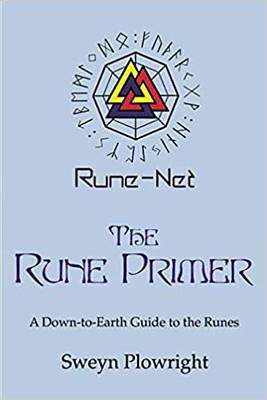 Sorting fact from fiction about runes has become increasingly difficult in recent years. The number of rune books has multiplied, but the majority of them are based on speculation, or even complete fantasy, and are often contradictory and confusing. Some readers may be content to settle for these, but a growing number of rune students have been asking for a basic factual foundation so that they can judge for themselves the reliablility of the information in the esoteric rune books.

The Rune Primer at last bridges the gap between the dry, complex, and expensive academic works, and the less reliable esoteric and New Age books about rune magic and divination. This book makes the old sources accessible, with translations of the rune poems, and the historical information presented in plain English. It also traces many of the recently invented rune myths to their sources, reviews some of the most popular authors, and explains the ideas behind some of the modern esoteric rune systems.

In Futhark, rune master Edred Thorsson reinitiates us into our heritage, explaining the mysteries of a profound system of thought and practice that underlies our…

Explore the powerful magic and fascinating lore of a rich folk tradition Discover the secrets of Saxon sorcery, and learn how to craft rune charms,…

Most commonly used for divination or marked on amulets in an effort to imbue them with supposedly magical powers, runes are characters of the earliest…

Meadows, Kenneth – One of a number of neo-shamanic authors whose books in the 1980s and 1990s, such as Shamanic Experience: A Practical Guide to…

Marjatta (Mariatta) (berry) In the Finnish epic poem The Kalevala (rune 50), virgin mother of a child who becomes king of Karelia and replaces the…