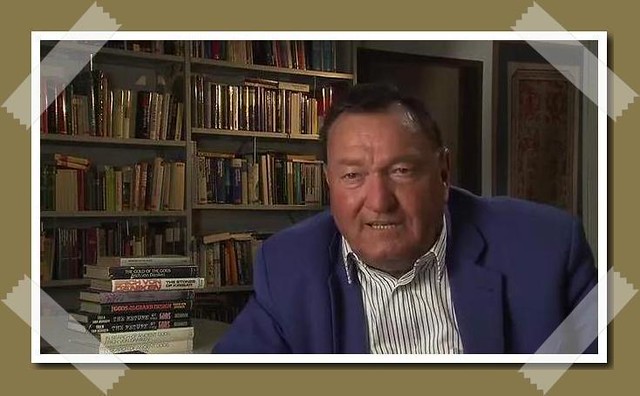 Erich von Däniken (b.1935),the most prominent advocate of the ancient-astronaut hypothesis,underwent a mystical experience at age 19 that left him convinced the earth had been visited by extraterrestrials. His obsession with this idea led him into debt, and in 1968 the Swiss police arrested him for fraud. He was convicted of it in 1970, but by this time his enormously popular book Chariots of the Gods? had appeared, so that he was able to pay his debts and be released early. Many sequels followed.

Von Däniken’s books argue that the gods of existing religions were actually visitors from outer space that—either by interbreeding or direct genetic manipulation—created Homo sapiensfrom our unintelligent progenitors.They were also responsible for all the archaeological and architectural wonders of the ancient world. Critics have pointed out that his ideas are not very original; they can be found in at least a dozen books by previous authors,especially in the theosophical writings of H.P. Blavatsky and those of 1950s contactees.However,von Däniken is the one who pulled them all together into a fairly coherent philosophy.

Erich von Däniken is best known for his association with the ancient astronaut theory—the suggestion that human civilization developed with the help of visitors from another planet. Early humans, von Däniken says, mistook these ancient astronauts for gods. Von Däniken had no particular training or background that helped him formulate his theory.

He was working in a hotel in Switzerland when, in 1968, he wrote a book called Chariots of the Gods? Unsolved Mysteries of the Past to promote this view. Chariots of the Gods? was published in several countries, and a movie version of the book was shown in German theatres in the early 1970s and on American television (in a shorter form) in 1973. Also in 1973 von Däniken formed the Ancient Astronaut Society, a group dedicated to studying evidence that alien astronauts really did visit Earth, and this group still exists today. He is also a member of the Archaeology, Astronautics, and SETI Research Association.

Von Däniken has written several books on subjects related to extraterrestrials, including Gods from Outer Space (1970), In Search of Ancient Gods (1973), Pathways to the Gods (1981), The Return of the Gods—Evidence of Extraterrestrial Visitation (1997), and Odyssey of the Gods—An Alien History of Ancient Greece (2000). In his writings he has said that certain artifacts prove extraterrestrial visitation because they could not have been made by humans, given the knowledge of building techniques at the time and place in question. These artifacts include Stonehenge, the statues of Easter Island, and the Egyptian pyramids. Von Däniken has found what he says is additional proof in ancient artwork and literature, in the form of images and references that he believes are related to space travel and alien beings.

However, von Däniken’s credibility has been undermined by the fact that he has falsified evidence related to his theories. (He was caught—and admitted to—commissioning the creation of a piece of pottery depicting a UFO, which he then tried to pass off as having been made in ancient times.) In addition, von Däniken was imprisoned from 1969 until 1971 after being convicted of forgery, embezzlement, and tax evasion.