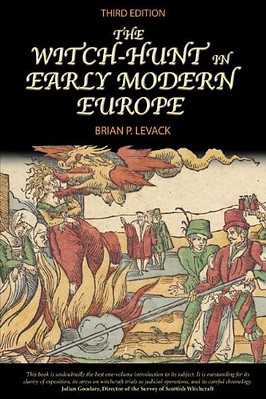 Between 1450 and 1750 thousands of people, most of them women, were accused, prosecuted and executed for the crime of witchcraft. The witch-hunt was not a single event; it comprised thousands of individual prosecutions, each shaped by the religious and social dimensions of the particular area as well as political and legal factors. Brian Levack sorts through the proliferation of theories to provide a coherent introduction to the subject, as well as contributing to the scholarly debate. The book:

Examines why witchcraft prosecutions took place, how many trials and victims there were, and why witch-hunting eventually came to an end.
Explores the beliefs of both educated and illiterate people regarding witchcraft.

Uses regional and local studies to give a more detailed analysis of the chronological and geographical distribution of witch-trials.
Emphasises the legal context of witchcraft prosecutions.
Illuminates the social, economic and political history of early modern Europe, and in particular the position of women within it.
In this fully updated third edition of his exceptional study, Levack incorporates the vast amount of literature that has emerged since the last edition. He substantially extends his consideration of the decline of the witch-hunt and goes further in his exploration of witch-hunting after the trials, especially in contemporary Africa. New illustrations vividly depict beliefs about witchcraft in early modern Europe.

The Witchcraft Sourcebook, now in its second edition, is a fascinating collection of documents that illustrates the development of ideas about witchcraft from ancient times…

Witchcraft, Witch-hunting, and Politics in Early Modern England constitutes a wide-ranging and original overview of the place of witchcraft and witch-hunting in the broader culture…

The European Witch-Hunt seeks to explain why thousands of people, mostly lower-class women, were deliberately tortured and killed in the name of religion and morality…

Beyond the Witch Trials is an important volume on the nature of witchcraft and magic in European society during the Enlightenment. This innovative book provides…