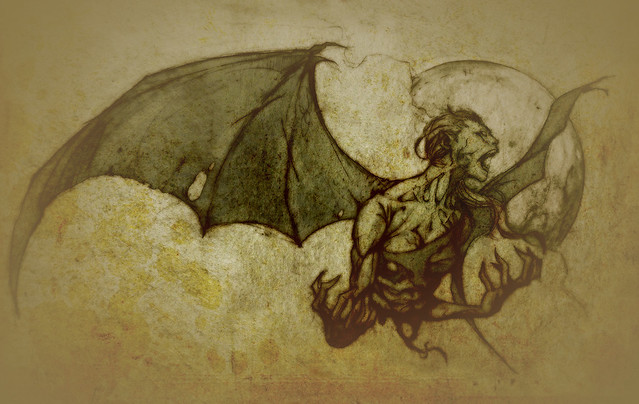 An Abezethibou is a one-winged demon who lives in the Red Sea, plots against every wind under the heavens, and is the enemy of Moses. In the Testament of Solomon, Abezethibou states that he once sat in the ﬁrst heaven, named Amelouth. He was present when Moses was taken before the pharaoh of Egypt and was summoned to the aid of the Egyptian magicians when they sought to discredit Moses.

Abezethibou takes credit for turning the pharaoh against Egypt and for inciting the Egyptians to pursue the Israelites in their exodus. When the parted Red Sea falls in on the Egyptians, Abezethibou is trapped with the pillar of air, until the demon Ephippas arrives to take him to King Solomon. Solomon binds Abezethibou and Ephippas to the pillar (perhaps a reference to the Milky Way) and commands that they hold it up in the air until the end of time.