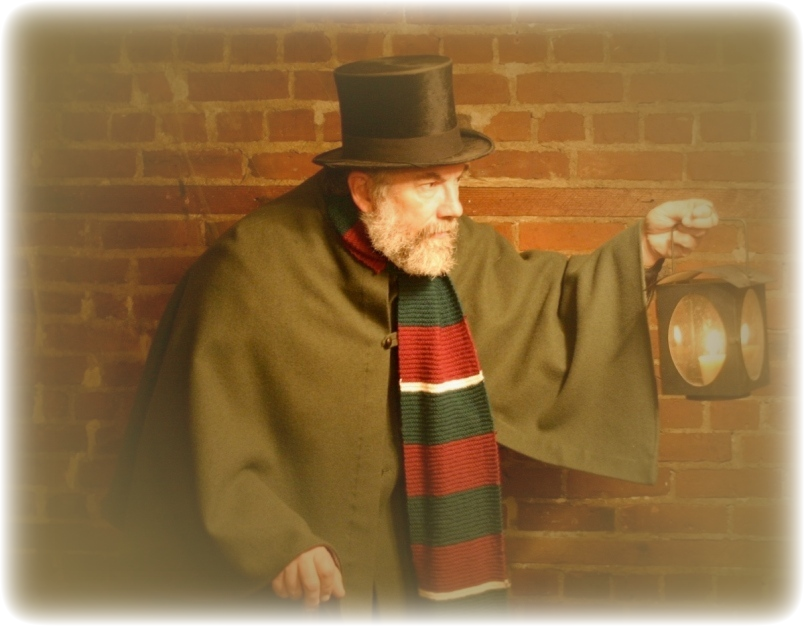 Adams grew up in Victoria, where his family lived across from the historic Ross Bay Cemetery. He became the founding president of Victoria’s Old Cemeteries Society and led tours to educate the public about the historical role of the cemetery in an attempt to curb vandalism. During tours, local residents began to tell Adams about their ghostly encounters in the cemetery and elsewhere. Adams launched a Halloween ghost bus tour in 1993. In 2000, he added an annual Ghosts of Victoria Festival, with events at various historical sites.

During one bus tour, while Adams was telling the story of the frequently encountered ghost of Doris Gravlin, some participants spotted her specter off in the distance at the Victoria Golf Course.

In addition, Adams and his wife Donna operate their own company, Discover the Past, which offers dinner ghost parties, ghostly and neighbourhood walks throughout Victoria, and school programs. Adams is the author of several publications, including a Historic Guide to Ross Bay Cemetery (1983) and Ghosts and Legends of Bastion Square (2001). He has appeared in the Creepy Canada TV series.

The Adams’s home in Victoria is haunted by a friendly ghost, and John Adams has upon occasion sensed that presence. In other locations, he has been able to smell the scents associated with a ghost (see Smells). Once he saw something in the house that could not be explained by other means, and so he attributed it to a spirit presence. He had a similar experience in childhood.

One of his missions in the collection and telling of ghost stories is to help people overcome their fear of ghosts.

Addition: March. 6, 2018
We added the website of John Adams : Discover the Past

The Houghton Mansion is located deep in the Berkshires in North Adams, Massachusetts. It was the home of the New England 29 former mayor of…

The President of the United States lives in a very historic and very haunted home. Construction on the “President’s palace” began in 1792 and was…