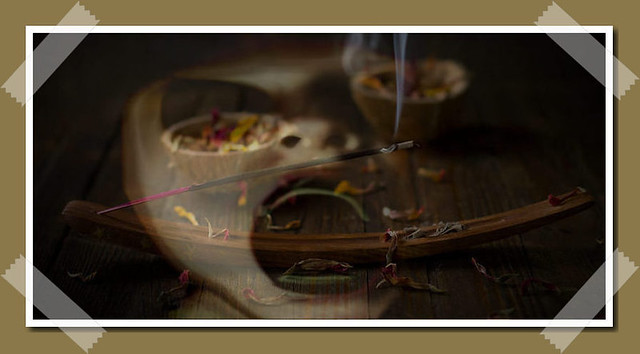 Smells are distinctive, unusual, and out-of-place odors are one of the most common phenomena associated with Hauntings. Often the smells have historical documentation, such as odors related to activities that took place at a site or tobacco or perfume used by someone who is believed to be a Ghost.

The most common phantom smells are tobacco, as though someone were smoking a cigarette, cigar, or pipe, and floral smells, especially rose and lilac. Both rose and lilac were popular perfumes at certain periods of time. For example, Dolley Madison, wife of James Madison, the fourth president of the United States, favoured lilac perfume. Her ghost is said to haunt the Madison House in Washington, D.C., where a lilac odor is experienced by visitors.

In Alton, Illinois, the old Mineral Springs Hotel—now an antique mall—is home to the “Jasmine Lady” ghost. Her presence is marked by a strong smell of jasmine, the perfume used by the woman said to have died there. According to lore, a woman and her husband came to the Mineral Springs Hotel to take the healing waters. While there she had a fling with another guest and was discovered in the act by her husband. She fled the room and somehow fell down the stairs—or was pushed by her husband according to some versions—and broke her neck. Her husband immediately committed SUICIDE.The Jasmine Lady trails her perfume up and down the staircase where she met her unhappy demise.

Natural causes have been advanced as explanations for unusual smells. Some researchers believe that a house or building naturally will absorb the odors that are released within. Depending on the building materials and environmental conditions such as humidity, such odors might be occasionally released into the air. (See ANDREW GREEN.) However, phantom smells often behave strangely, arising and ending suddenly, and occurring in limited spots.

They are often part of a syndrome of phenomena that may include cold sensations, Apparitions, sounds, movements of objects, and so forth. Thus, natural causes of odors imbued in building materials and furniture is not a likely explanation.

Foul odors, such as excrement, decaying flesh, or rotting vegetation, are often associated with Poltergeist cases, Demonic hauntings, and Demonic PossessionS. In many instances, no natural sources can be accounted for as causing the smells.

The source of the odors is believed to be a nasty entity or Demon who has the ability to manifest them and other phenomena, such as the throwing of objects, fits and convulsions, the marks of physical assaults, rains of stones, horrible sounds, and so forth.

McPike Mansion House in Alton, Illinois, called the “most haunted” site in the region where the Mississippi and Missouri rivers meet. In deteriorated condition, the…

Octagon, is the Elegant and odd-shaped house in Washington, D.C., reportedly haunted by numerous Ghosts, including that of Dolley Madison, wife of James Madison, the…

Red Lion Pub reputed to be the most haunted eating and drinking establishment in Chicago. Numerous visitors and patrons have reported a wide range of…