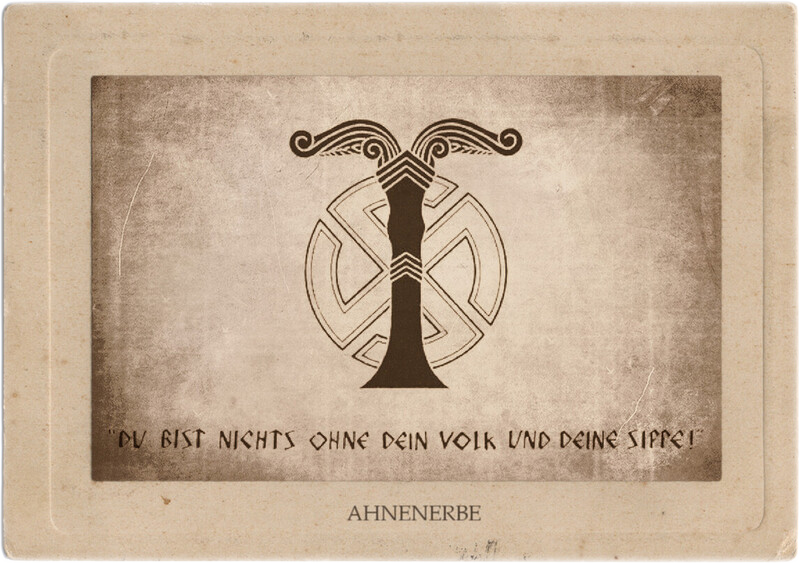 Although World War II came to a decisive and bloody conclusion way back in the summer of 1945, it was a six-year-long and carnage-filled event that still provokes major discussion and commentary to this very day. One of the many notable reasons for that same commentary relates to the secret, wartime actions of senior Nazis in relation to: (a) priceless historical treasures plundered by Adolf Hitler’s hordes as a means to fund their war effort, and (b) Nazi Germany’s overriding fascination with religious and priceless artifacts.

Just like the maniacal Hitler himself, a significant body of high-ranking Nazis, such as Richard Walther Darré, Rudolf Hess, Otto Rahn, and Heinrich Himmler, had major, unsettling obsessions with matters of a supernatural and mystical nature. Rahn, for example, who made his mark in a wing of Nazi Germany’s greatly feared SS, spent a significant period of time deeply engaged in a quest to find the so-called Holy Grail, which, according to Christian teachings, was the dish, plate, or cup used by Jesus at the legendary Last Supper.

That the Grail was said to possess awesome and devastating powers spurred the Nazis on even more in their attempts to locate it, and then utilize those same powers as weapons of war against the Allies. Thankfully, the plans of the Nazis did not come to fruition, and the Allies were not pummeled into the ground by the mighty fists of God.

Acknowledged by many historians with being the ultimate driving force behind such research, Himmler was, perhaps, the one high-ranking official in the Third Reich, more than any other, most obsessed with the occult. In 1935, Himmler became a key player in the establishment of the Ahnenerbe, which was basically the ancestral heritage division of the SS.

With its work largely coordinated according to the visions of one Dr. Hermann Wirth, the chief motivation of the Ahnenerbe was to conduct research into the realm of religious-themed archaeology; however, its work also spilled over into areas such as the occult— primarily, from the perspective of determining if it was a tool that, like the Holy Grail, could be useful to further strengthen the Nazi war machine.

Then there is Trevor Ravenscroft’s book The Spear of Destiny, which detailed a particularly odd fascination Hitler had with the fabled spear, or lance, that supposedly pierced the body of Jesus during the crucifixion. Ravenscroft’s book maintained that Hitler deliberately started World War II with the intention of trying to secure the spear—again as a weapon to be used against the Allies—and with which he was said to be overwhelmingly obsessed.

So the account went, however, that Hitler utterly failed in his weird aim. Ravenscroft suggested that as the conflict of 1939 to 1945 came to its end, the spear came into the hands of U.S. general George Patton. According to legend, losing the spear would result in nothing less than death—a prophecy that was said to have been definitively fulfilled when Hitler, fortunately for the Allies, committed suicide.

But, perhaps, not every ancient artifact remained quite so elusive to Hitler. One rumor suggests that an attempt on the part of the Nazis to locate the remains—or, at least, some of the remains—of nothing less than the legendary Ark of Noah was actually, and incredibly, successful. It’s a strange and secret story indeed.

The Bible states: “God said unto Noah.… Make thee an ark of gopher wood.… and this is the fashion which thou shalt make it of: The length of the ark shall be three hundred cubits, the breadth of it fifty cubits, and the height of it thirty cubits.” A cubit roughly equates to twenty inches—thus making the Ark five hundred feet in length, eighty-three feet in width and fifty feet in height. In addition, it is said the Ark was powerful enough to withstand the cataclysmic flood that allegedly overtook the globe and lasted for forty terrible days and nights. So the legend has it, when the flood waters finally receded, the Ark came to rest on Mount Ararat.

Precisely why Hitler was apparently hot on the trail of the Ark is tantalizingly unclear; however, that he was certainly after it is not a matter of doubt. Intelligence files generated by Britain’s highly secret MI6 in 1948 state that, in the closing stages of the war, rumors were coming out of Turkey to the effect that German military personnel were then D engaged in a secret program that involved flying a sophisticated spy balloon—based upon radical, Japanese designs—over Mount Ararat, as part of an attempt to photograph the area.

And, if the operation proved successful in locating the Ark, and recovering it, or whatever remains still might be left given the lengthy passage of time and the harsh conditions that exist on the permanently snowcapped mountain, the secrets of the ancient past and the Ahnenerbe may be only a locked vault away.

From: Secret Societies: The Complete Guide to Histories, Rites, and Rituals – March 14, 2017 by Nick Redfern

Ahnenerbe, S.S. – Reich Ancestral Heritage Office: Unlike other states in which Occultists are accorded little respect, Nazi Germany has made certain occult operations a part of the state, while repressing others with strict brutality. The S.S. itself has a network of Thule Society ritual which replaces Christian religion for S.S. Officers. Based in Old Prussian Paganism, with Nordic colorings, the S.S. has its own rites, festivals, rituals and burial customs. The “spiritual center” of the S.S. – dedicated entirely to the development of these and other public rituals, is the Ancestral Heritage Office.

Reichsfuhrer S.S., Himmler, is an avid student of the occult. An SS occult research department, the Ahnenerbe (Ancestral Heritage) was established in 1935 with SS Colonel Wolfram von Sievers at its head. Occult research took SS researchers as far afield as Tibet.

As soon as the Nazi movement had sufficient funds, it began to organize a number of expeditions to Tibet and these succeeded one another practically without interruption through the present day. It is conjectured that the Nazis wish to find Shambala, an ancient center of power which is said to be accessible through hidden tunnels in Tibet.

The strongest influence on Hitler in this regard was Dietrich Eckart (1868-1923). Most biographers have underestimated the influence that Eckart exerted on Hitler. He was the wealthy publisher and editor-in-chief of an anti-semitic journal which he called In Plain German. Eckart was also a committed occultist and a master of magic. As an initiate, Eckart belonged to the inner circle of the Thule Society as well as other esoteric orders.

There can be no doubt that Eckart – who had been alerted to Hitler by other Thulists – trained Hitler in techniques of self confidence, self projection, persuasive oratory, body language and discursive sophistry. With these tools, in a short period of time he was able to move the obscure workers party from the club and beer hall atmosphere to a mass movement. The emotion charged lay speaker became an expert orator, capable of mesmerizing a vast audience.

One should not underestimate occultism’s influence on Hitler. His subsequent rejection of Free Masons and esoteric movements, of Theosophy, of Anthrosophy, does not necessarily mean otherwise. Occult circles have long been known as covers for espionage and influence peddling.

From : Encyclopedia of Ancient and Forbidden Secrets

The Templars: The History and the Myth: From Solomon’s Temple to the Freemasons – Michael Haag

The Rise of the Fourth Reich: The Secret Societies That Threaten to Take Over America – Jim Marrs

The Fraternitas Saturni : History, Doctrine, and Rituals of the Magical Order of the Brotherhood of Saturn – Stephen E. Flowers

An account of the legendary spear which pierced the side of Christ which has been invested with occult powers. It tells the story of the…

Why were the Allies worried about an atom bomb attack by the Germans in 1944? Why did the Soviets threaten to use poison gas against…

Erik Jan Hanussen [1889–1933] was a conjurer who earned the dubious honour of being Adolf Hitler’s favourite clairvoyant. Born Herschel (or Herman – accounts vary)…

One of the places in the country most indicative of the Nazi’s murderous history is the Waldniel Hostert School. Here, children with mental disabilities were…