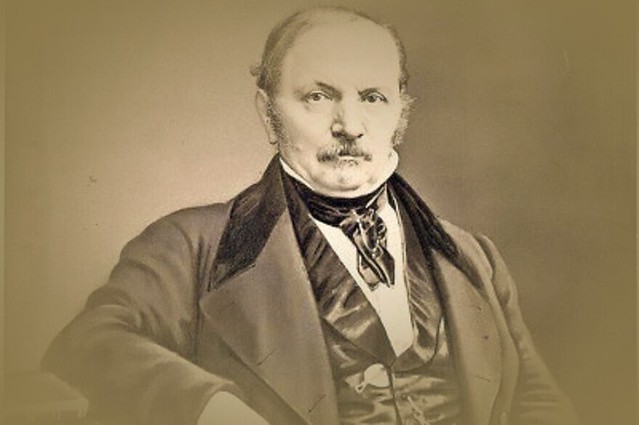 Allan Kardec (1804–1869) is the pseudonym of French physician Hippolyte Leon Denizard Rivail, who founded Spiritism (also known as Kardecism) and promoted psychic healing. Born in Lyons, France, in 1804, Rivail was the son of a barrister. By 1850, he had become a practiced doctor and writer but was intrigued by the spiritualist fervor sweeping across Europe.

He participated in Séances with two daughters of a friend, but he eventually sat with Celina Japhet, formerly Celina Bequet, a professional somnambulist. During these sessions, spirits speaking through Japhet supposedly revealed to Rivail his past lives in which he was known as Allan and Kardec.

Automatic Writing scripts produced while in trance explained the necessity of compulsory Reincarnation. The spirits also exhorted Rivail, now Kardec, to publish these truths in Le Livre des Esprits (The Spirits’ Book), in 1856. The 1857 revised version became the guidebook of spiritist philosophy, appearing in more than 20 editions.

Drawing on the communications of spirits, Kardec expanded Spiritualism beyond mere Survival After Death to claim that Reincarnation through many lives was necessary to achieve spiritual progress and to better understand and heal current suffering—especially epilepsy, schizophrenia and multiple personality disorder—most of which was caused by the interference from past incarnations.

As a consequence, Kardec—described as rather unimaginative and cold and a logical reasoner—accepted spirit communication on faith and denied the need for physical manifestation or investigative proof. Through the monthly magazine La Revue Spirite, which he founded, and the Society of Psychologic Studies, of which he was president, he actively discouraged the kind of psychical research prevalent in Britain or America.

Following on the success of Le Livre des Esprits, Kardec published Le Livre des Mediums (The Mediums’ Book) in 1864; The Gospel as Explained by Spirits, also in 1864; Heaven and Hell, in 1865; Genesis, in 1867; and Experimental Spiritism and Spiritualist Philosophy not long after.

In 1881 his English translator and supporter, Ann Blackwell, published The Four Gospels, a three-volume work described as further explanations of Kardec’s religious philosophy. Shortly before his death in 1869, Kardec organized “The Joint Stock Company for the Continuation of the Works of Allan Kardec” with the power to buy and sell stock, receive donations and bequests and continue the publication of La Revue Spirite.

European spiritism faded with the passing of Allan Kardec, replaced by spiritualism and the appeal of physical phenomena. Kardecism remains a potent force in Brazil, however, with Kardecist healing centers operating alongside conventional hospitals. Many Brazilians, professing Catholicism, still claim to be espiritas.